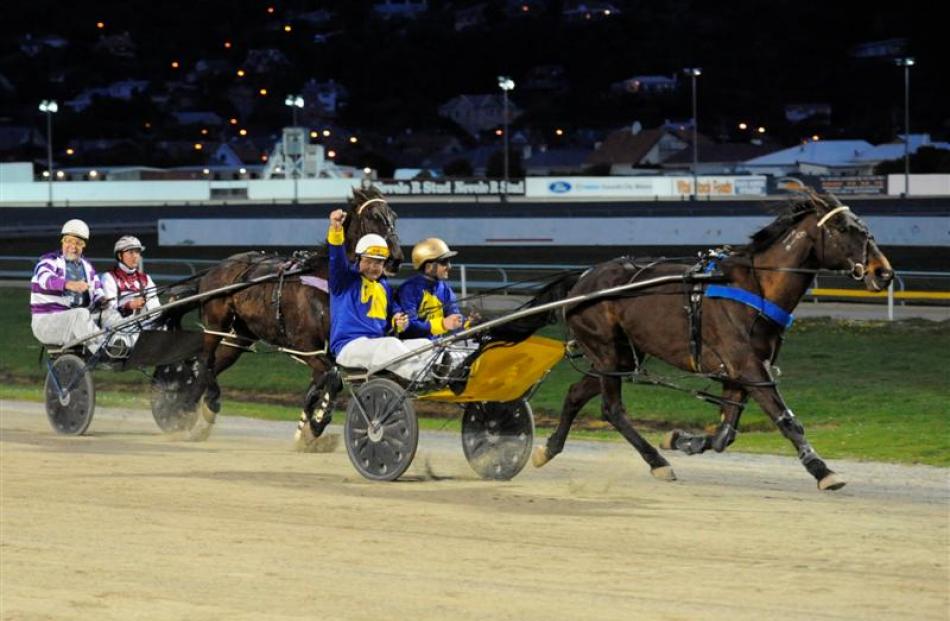 Dunedin Mayor Dave Cull might not have been near a racecourse in 40 years but it did not show when he raised his hand in triumph as he sped around Forbury Park racetrack during a celebrity dual-sulky race last night.

However, it was Mr Cull's horse Sonny Albert that showed it had the pace, winning by a length, closely followed by Insp Sparrow and Dexter Dunn driving Jaccka Sign. A few lengths back were Mr Edgar and Nathan Williamson driving Seldom Getit.

"It was exhilarating," Mr Cull said. "The horse was a bit frisky to start but the driver brought him back under control."

It was a nice flat ride, once around the 1200m raceway, and his driver and horse "absolutely went for it", he said.

Chair in Neurosurgery campaign project manager Irene Mosley said the dinner, races and auction all made for a "fabulous" night.

"The atmosphere has been electric. People are really enjoying themselves."