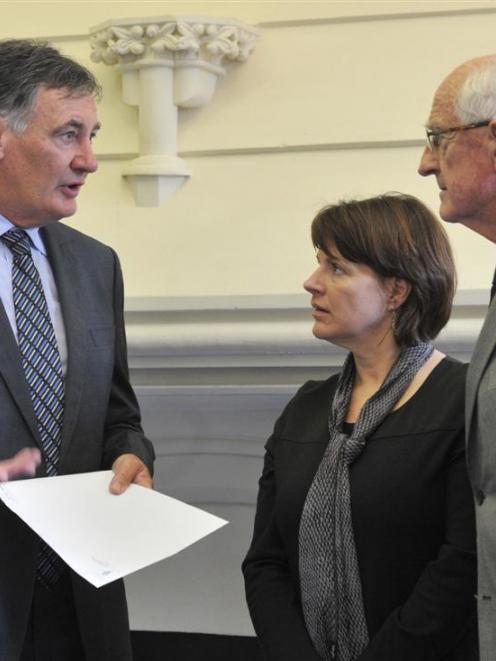 Dr McMahon said he would enjoy a break before ''moving on to the next project''.

He praised the efforts of project manager Irene Mosley, for which he was ''extremely grateful'', and celebrated the wider community support for the initiative.

Launched in January 2012, the campaign reached its goal of $3 million in just 10 months and was recently named this year's supreme winner of the TrustPower Dunedin Community Awards.

''It's been highly successful. I thought it would take 18 months to two years. I've always been impressed with the people here taking ownership of medical and hospital facilities, and rightly so.

''I can't think of many other cities with a population like ours which have such medical and surgical facilities. We're very fortunate,'' Dr McMahon said.

The money was being used to support the country's first academic neurosurgery unit, at the University of Otago, which in turn made the Dunedin Hospital neurosurgery department viable through facilitating sufficient staffing levels.

The service had been under threat of centralisation in Christchurch, which sparked public protest in 2010.

Mr Ward acknowledged the ''remarkable progress'' of campaigners, including Mrs Mosley, as well as widespread coverage of the campaign in the Otago Daily Times and other media.

''It's an amazing result. We are most grateful to have the support of the community,'' he said.

The ceremony in the clocktower building was attended by a handful of university staff and campaigners.