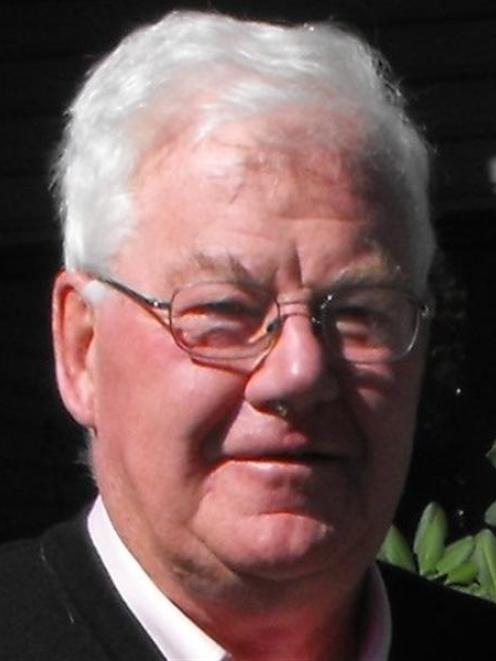 Joe Butterfield.
An alliance with Wellington's neurosurgery department might be needed to ensure the future of the South Island neurosurgical service through providing a big enough population base for sub-specialisation, former governance board chairman Prof Andrew Kaye says in the service's annual report.

The just-released 2011-12 annual report is the Melbourne neurosurgeon and academic's last before departing the role. He has been succeeded by Southern District Health Board chairman Joe Butterfield.

''It is especially recognised that even though it encompasses the whole of the South Island, the service is relatively small, thereby making effective sub-specialisation difficult to implement.

Prof Dirk De Ridder, who heads the Dunedin node, said yesterday, when contacted, meetings would be held soon with clinicians from Wellington, Christchurch and Dunedin.

The concept of the general neurosurgeon was waning, as sub-specialisation became more important, he said.

He believed the South Island service would remain its own service, with a new clinical alliance focused on lower-volume procedures such as those relating to acoustic neuromas and vascular surgery.

Once that was established, patients and surgeons would move between the three centres.

Prof Kaye's report said the board remained concerned about the service's reliance on international medical graduates. This had caused difficulties for supervision requirements, which had eased since receiving official accreditation for the service as an approved practice setting in June last year.

The board was seeking more funds from the Government, to take into account the increased role of the Dunedin node, which now had permanent staff rather than locums. Dunedin was now fully staffed with the recent arrival of Prof De Ridder, and it had been upgraded, including the development of a day unit and a review of nursing staff. Dunedin had witnessed a gradual increase in the number and complexity of spinal surgery procedures.

''We are also working at developing working relationships with spinal orthopaedic surgeons in both Canterbury and Southern DHBs so as to provide an international standard spinal surgical service for South Islanders.''

The governance board was established at the end of 2010 to oversee the development of the South Island service. It was now in the final year of its mandated three-year life, which might be extended, Mr Butterfield said yesterday.

It was also possible the service would be absorbed into the alliance of South Island district health boards.

Asked why his elevation had not been reported earlier, Mr Butterfield said while it was a big responsibility, it was not a large time commitment, and it had not occurred to him.

Mr Butterfield, previously a member of the governance board, said he would amend his health board interests register, which still lists him as a member. Prof Kaye's decision to resign was logical given other health services did not have overseas-based people running them.

''He felt that he got it to a point where it should be able to move forward without his further impetus,'' Mr Butterfield said.

Now the service was established, it was time to think about its future, and how it could work with the rest of the country.

''New Zealand's too small a place to have separateness in different parts of the country.

''Philosophically, one of the issues is 'Should there be a New Zealand service?'. There are very few neurosurgeons in New Zealand, so working in isolation is a nonsense.''