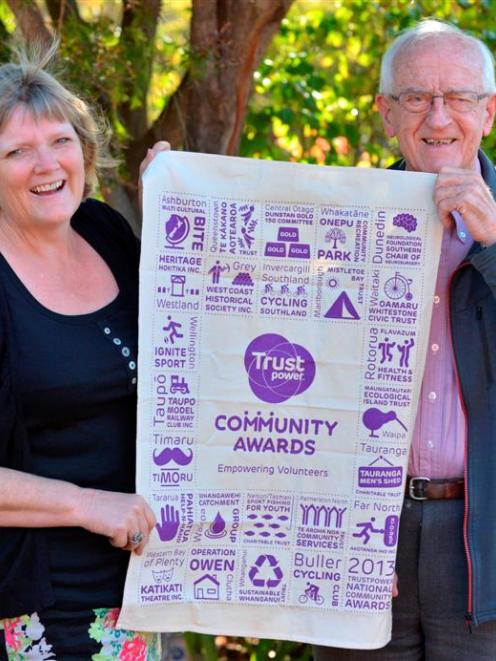 The campaign was named runner-up at the awards ceremony, held at Stadium Southland on Saturday night.

The award recognised the efforts of all those involved in the Neurological Foundation Southern Chair of Neurosurgery campaign, project manager Irene Mosley said yesterday.

It acknowledged ''a job well done'' and was ''a fitting tribute for all involved in this incredible show of just what can be achieved when the public, businesses and agencies work together for a common goal,'' she said.

The campaign was launched in January 2012 - backed by the Otago Daily Times and The Southland Times - and raised $3 million in just 10 months.

The proceeds supported the country's first academic neurosurgery unit and, in turn, made the Dunedin Hospital neurosurgery department viable, ensuring the southern service remained in Dunedin.

The campaign was recognised as the supreme winner at the TrustPower Dunedin Community Awards last year, qualifying it for the weekend's national award ceremony.

Mistletoe Bay Trust, from the Marlborough District, was named winner.

The award earned the neurosurgical campaign another $1500 in prize money, as well as a certificate, a $200 voucher from not-for-profit training provider Exult - and a decorative tea towel.

Mr Cull told the gathering it was appropriate the awards were being held in the South, and that so many southern mayors were in the room, as they shared the honour.

Dr McMahon said the campaign was the most rewarding community project he had been involved in after more than 60 years as a medical practitioner.