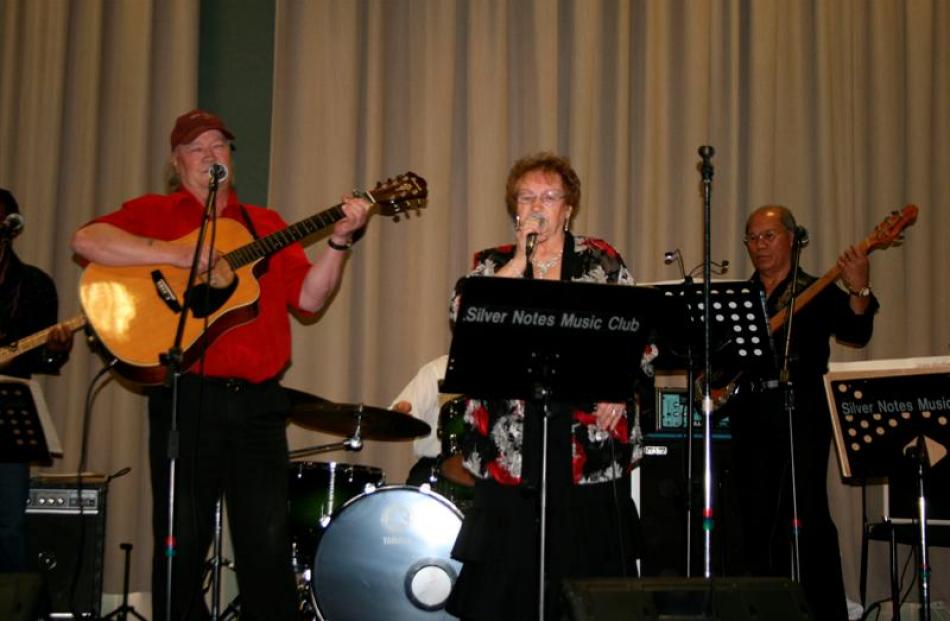 Denis and Cathie McWilliam open the Lions Club of Invercargill Central charity concert in Invercargill yesterday, a fundraiser for the Chair in Neurosurgery campaign. Behind them is Geof Peterson, the bass player with the backing band. Photo by...

The musical director of a charity concert in Invercargill yesterday has described the response from audience and musicians as "excellent".

"We had to put out extra chairs ... and the musicians have been so good. Everyone has given their time free. They have been amazing," Judy Knoops said.

About 270 people attended the Lions Club of Invercargill Central event, a fundraiser for the Chair in Neurosurgery campaign.

Mrs Knoops said she did not know how much would be raised from the concert and raffles but expected it would be about $4000.

The Chair in Neurosurgery campaign began in January to raise $3 million to build up a fund to employ a permanent head of neurosurgery in Dunedin.

Belgian neurosurgeon and brain researcher Dirk De Ridder is the first appointee and will begin his work in February, dividing his time equally between clinical work at Dunedin Hospital for the Southern District Health Board and research and teaching at the University of Otago.

With just two months to go before the December 31 deadline, the campaign has raised almost $2.8 million, about $370,000 of that coming from Southland.