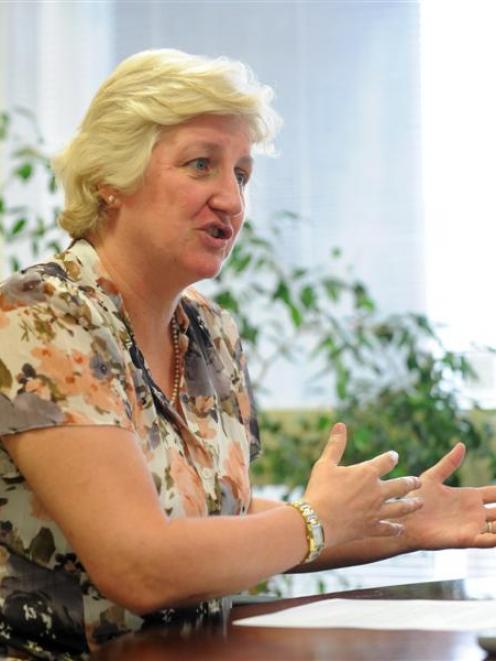 The woman's cancer had reached the secondary stage when diagnosed by a private Christchurch clinic in 2009, almost two years after she first reported symptoms.

She complained to the Health and Disability Commissioner about her treatment because she '' wanted to stop people going through what I've gone through''.

While she acknowledged that since the time of her diagnosis more colonoscopies were being offered by the board and improvements made to the referral process, it concerned her timeliness was still an issue for some. Also, plans to upgrade the inadequate endoscopy suite at Dunedin Hospital appeared to be no further ahead.

''I want to be proud of Dunedin Hospital, but when this happens to you, you're scared because you put your trust in the system and it has let you down.''

The woman's diagnosis occurred in the same year the Otago Daily Times revealed the serious concerns of some general practitioners about the lack of access to public colonoscopies through the then Otago District Health Board for people with possible symptoms of bowel cancer.

Commissioner Anthony Hill, in a decision last June on the woman's case which was never publicly released, found no breaches of the code of health and disability services consumers' rights.

Unfortunately, the woman, who is in her 60s, did not present with some symptoms that might have been expected, given her later diagnosis, he said.

This, combined with a falsely reassuring barium enema result, meant the overall clinical suspicion for cancer was reduced. There was also limited public access to colonoscopy at the time. 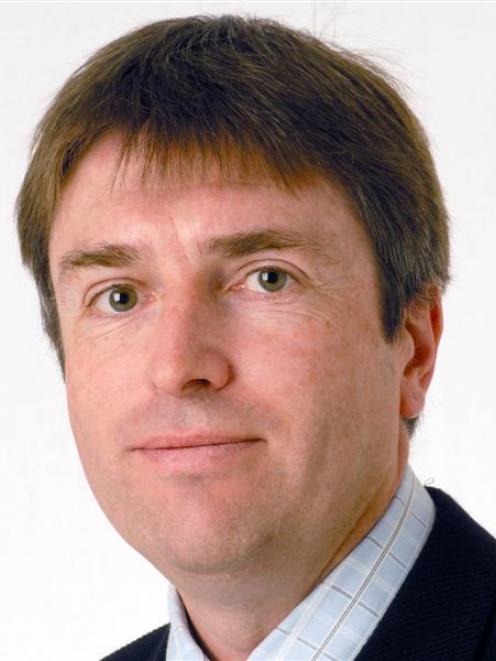 Murray Barclay.
He was satisfied the Southern District Health Board was taking appropriate measures to address issues raised by the complaint and to improve the overall quality of its gastroenterology services. The board advised him colonoscopy numbers in Otago had increased from 486 in 2008-09 to about 900 last financial year. As well, up to 300 publicly funded CT colonography procedures a year had been introduced.

In his decision, Mr Hill requested the board update him further in six months' time about service developments and the effectiveness of the changes it had made.

What was in the December update has not been revealed. A request to the board for it (which would fall under the Official Information Act (OIA)) on January 18 was declined last month,

with the suggestion it be sought from Mr Hill. His office has yet to respond. Mr Hill also asked the board to detail steps it would take to ensure those seeking colonoscopy services from the board were fully informed by staff of the availability of other options.

Board chief executive Carole Heatly, in her June response, said when the Otago board was using colonoscopy access criteria at variance to other boards, this was clearly an issue.

Now it was following national guidelines regarding access to colonoscopy or CT colonography, the situation should not arise in which a patient with a nationally agreed indication for such procedures would be denied access. If the case fell outside the agreed criteria and the patient wished to have the procedure, this would be a matter between the referring doctor and the patient.

Asked in January if the board was able to meet the criteria for timing in all instances where the patient qualified for a colonoscopy, in an email response last month a board spokeswoman indicated not all patients were able to be seen ''in the current time frames''. She went on to say the ''recommended wait times are not mandatory''.

The board did not answer a question about whether qualifying patients were advised of alternatives or if other options were sought for them by the board if the timing criteria could not be met. 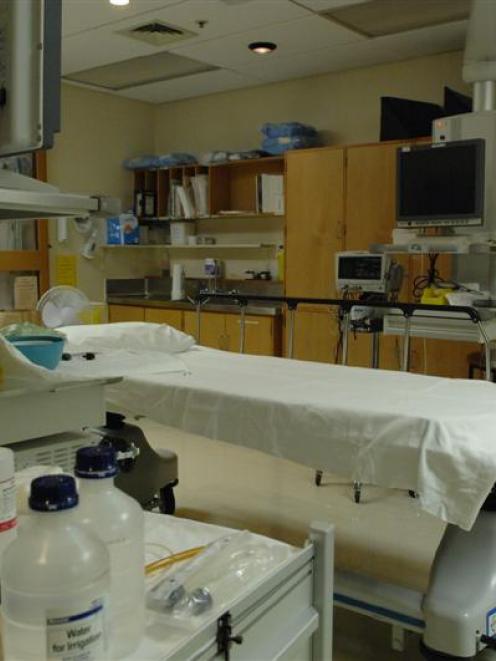 The endoscopy room where endoscopies, and colonoscopies are performed by gastroenterology department staff at Dunedin Hospital. Photo by Linda Robertson.
The woman who complained was first seen by her general practitioner in 2007 with possible symptoms of bowel cancer. He promptly referred her to a district health board surgical clinic at Dunstan Hospital staffed by specialists from Dunedin.

From October that year until March 2009, she was seen three times at that clinic where procedures included two sigmoidoscopies (a procedure examining the lower part of the bowel) and a barium enema (a test using an X-ray to examine the large intestine) carried out by private provider Otago Radiology. She was never referred for a public colonoscopy.

In March 2009, she was seen at the Dunstan clinic by the then clinical leader of Dunedin Hospital's gastroenterology department. He suspected constipation and did not consider colonoscopy would be of benefit. In hindsight, he told the commissioner, the decision was obviously incorrect and he apologised for this.

The general surgeon and surgical registrar who earlier saw the woman at the clinic both told Mr Hill they would have preferred colonoscopy as a diagnostic test had it been available. One said he considered at the time it would have been futile to ask for the procedure as it would have been declined. He described endoscopy services at the then Otago board as ''suboptimal'' from 2007 to 2009.

The woman would ''most likely have had a colonoscopy or at least CT colonography, offered at any other DHB in New Zealand, as the initial investigation, with a high likelihood of finding the colon cancer''.

He said the negative barium enema result was falsely reassuring to clinicians along with the absence of alarm features - weight loss, or anaemia.

He described the view barium enema was an acceptable alternative to colonoscopy in the investigation of both colonic and rectal symptoms as contentious. The decision to initially investigate using barium enema was not in line with practice throughout the rest of the country. (The board has advised the

radiology department's use of barium enema has reduced from 308 procedures in 2010 to 93 last year).

At any point of the woman's contact with the district health board between 2007 and 2009 an argument could have been made for colonoscopy to be considered by the colonoscopy review panel in view of the ongoing symptoms. While the case for this ''could be argued either way'', he believed it would have been ''reasonable to request this test at each time point''.

Referring to the care provided by the gastroenterologist, who saw the woman in March 2009, Prof Barclay said on balance he suspected most peers would have preferred to request a colonoscopy and so this ''probably represents a mild departure from expected standards, with associated mild disapproval from peers''. The expert radiologist advising Mr Hill, Prof Tim Buckenham, agreed, with the benefit of hindsight, the lesion was apparent on the X-ray from the barium enema, but it was of ''low conspicuity'' and likely to be missed in about 6% of patients.

Mr Hill agreed with Prof Buckenham's view the standard of care provided by the radiologist did not fall below a standard reasonably expected by an experienced radiologist.

The films of the barium enema were not seen by the ordering specialist, so extra scrutiny could not occur. Later development of the digital PACS system sought to rectify this issue, Mr Hill said.

The woman's disease was found in July 2009 after she made contact with an irritable bowel syndrome (IBS) support group run through the private Oxford Clinic in Christchurch.

The nurse specialist there considered the woman's recent symptoms not typical of IBS and suggested to the woman's GP she should have a private colonoscopy. This revealed a tumour requiring surgery. By that time the disease had spread and the woman has since undergone further surgeries for liver cancer.

The woman and her husband consider that nurse's intervention to have been a life-saver.

In a letter to the woman last June, Ms Heatly apologised for unspecified ''shortcomings'' in her care and outlined improvements to the board's service which she said she realised had come too late to benefit the woman.

The board greatly regretted the distress caused to the woman and her family, she wrote.

In interviews for this article, the woman and her husband expressed disappointment that, apart from her GP (whose treatment they did not question), only one of the other doctors involved with her care, the board general surgeon who saw her at the Dunstan clinic in 2007, had personally apologised. Asked in January whether any consideration was given by the board to personal apologies being given to the woman directly by the clinicians, the board's response last month was ''we do not consider this to be an OIA request''.

Ms Heatly, in her letter to the commissioner, said the symptoms of bowel cancer overlapped with symptoms of benign colorectal problems common in the population. Applying any criteria then had the potential to ''miss serious pathology'' which had happened in this case.

''This is devastating to the patient who feels let down by health professionals who operate in a system of constrained resources,'' she wrote. 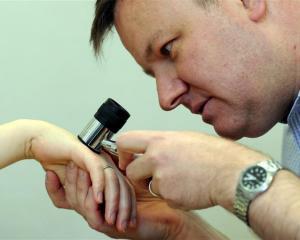 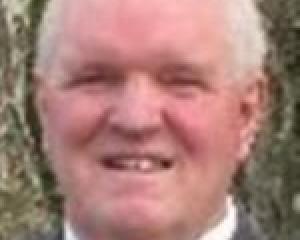 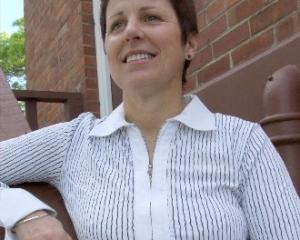 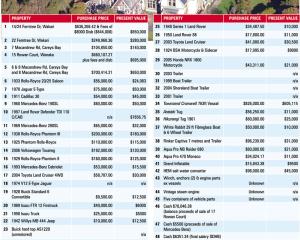 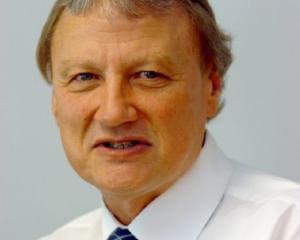 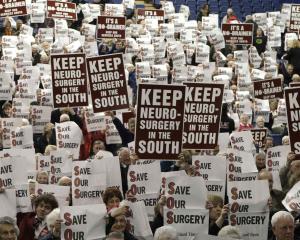 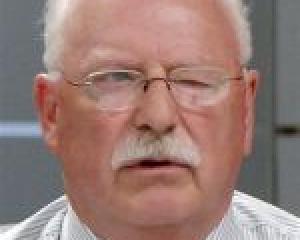