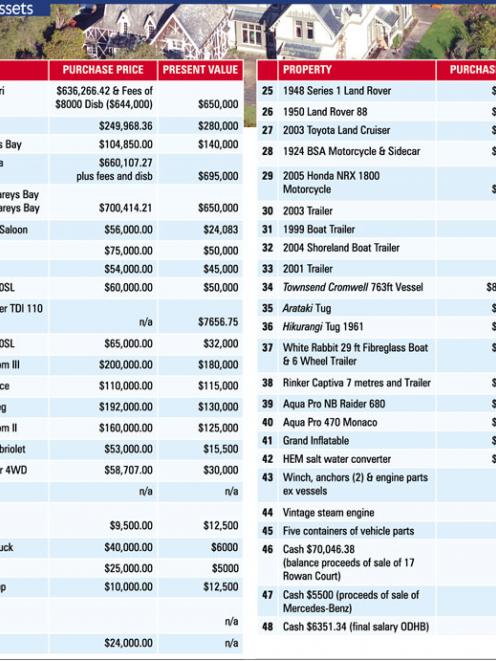 Click on image to read the figures
Convicted fraudster Michael Swann has been ordered to pay $6 million to the Crown and forfeit $4.4 million worth of property bought with money stolen from the Otago District Health Board.

The decision has been welcomed by Swann's victim, the Southern District Health Board (formerly ODHB), even though it stands to gain nothing directly from the order.

Justice Graham Panckhurst's decision on the Crown's Proceeds of Crime Act application for $15.1 million from Swann was released this week. 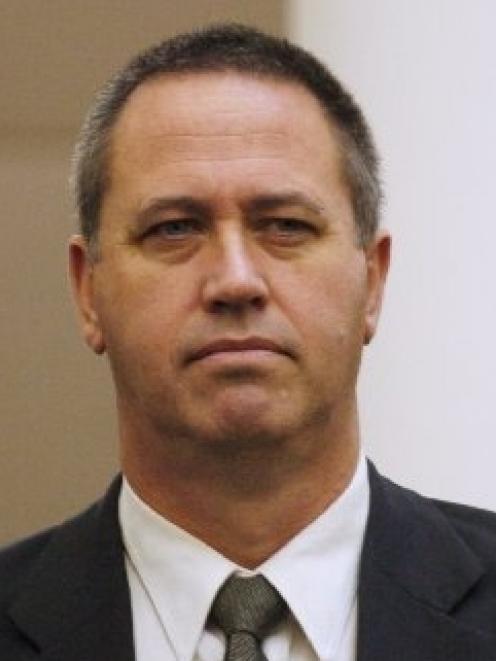 Michael Swann
The $15.1 million was Swann's share of the $16.9 million he and Queenstown man Kerry Harford were convicted of fraudulently taking from the Otago health board while Swann was its IT manager between 2000 and 2006.

Property valued at about $4.4 million which Justice Panckhurst ordered forfeited, and already resolved third-party claims, were deducted from the order the Crown sought.

The total money to be recovered falls about $5 million short of the total amount sought.

But Justice Panckhurst noted although an offender's ability to pay was not a relevant consideration under the Act, he believed making a payment order that was totally beyond the reach of an offender was an exercise in futility.

Health board chief executive Brian Rousseau said he was still pleased with the outcome.

The $6 million, plus the sale of assets, seemed like a significant order, he said.

"I guess if any other assets are found, we can always get them back, but I seriously doubt anything that might be out there would amount to that much anyway."

The health board initially pursued a civil case to recover money from Swann, but that case was stayed and overtaken by the Crown's application under the Proceeds of Crime Act.

Under that Act, any money recovered from the pecuniary penalty order and the sale of assets goes to the Government's consolidated fund, not the health board.

"Our position has always been that the Crown funded our deficit over these years and so that is why we decided to go down [the application under the Proceeds of Crime Act] route," Mr Rousseau said.

Asked what he thought the likelihood of ever recouping the $6 million was, he said he had "no idea".

Justice Panckhurst said Swann could have been eligible for a further reduction available for co-operating with the authorities, but he had done nothing to warrant it after deliberately not assisting with the tracing of assets.

"In short, his attitude throughout has been the very antithesis of co-operation."

The judge ordered the forfeiture of 33 items of property Swann bought with the tainted funds.

The items include six lots of real estate, 22 high-end cars and 4WDs, two motorcycles, eight boats, a vintage steam engine and various amounts of cash raised from the sale of assets bought with tainted funds.

Justice Panckhurst declared another 15 items, valued in total up to $800,000, were available to partly satisfy the pecuniary penalty order.

All the items of property are being held by the official assignee until any sale.

To effect the fraud, Swann prepared draft invoices for services and products that had supposedly been supplied by Sonnford Solutions Ltd, run by Harford.

The draft invoices were sent to Harford, who prepared the final invoices in the name of Sonnford and sent them back to Swann.

Property bought using the Sonnford money was often then transferred into the ownership of trusts, companies or individuals connected to Swann.

Although he registered the items in their names, he remained the beneficial owner.

"I am satisfied there is ample evidence ... that Mr Swann maintained "effective control" over those items".

The judge also made various consent orders in relation to resolutions negotiated on third party claims.

Swann's wife, Anna Devereux, was awarded five titles on property at Waynes, vested in a trust, of which she is a trustee.

She was awarded the family chattels at the family's homes in Ferntree Dr in Dunedin and Rowan Court in Wanaka.

She was also awarded items and money to the value of $55,000 - her interest in the relationship property.

She was not ordered to forfeit any house property or family chattels in her own name.

Ms Devereux was required to hand over possession of Ferntree Dr on August 19, and pay rates arrears of about $10,000 to the DCC and ORC or her claim would be dismissed, unless an alternative arrangement was made with the official assignee.

Her lawyer, Len Andersen, did not return calls yesterday.

At the Proceeds of Crime hearing on July 8, Mr Andersen had sought suppression of details of the proceedings because Ms Devereux could be classified as "a vulnerable person" in the context of family court proceedings around relationship property.

But Justice Panckhurst said although he had sympathy for Ms Devereux's position, the case was one of public interest and open reporting of it must be allowed.

Harford reached a confidential settlement with the health board before the trial began.

In March 2009, he was sentenced to four years and three months in prison for his part in the crime.

He was released on parole in June after serving one year and six months of his sentence.

An amount of $755,1553 which Swann received in kickbacks for IT work provided to Robin Sew Hoy was not included in the total sought by the Crown, whose application was confined to the three counts of fraudulently using a document to obtain a pecuniary advantage, on which Swann was found guilty by a jury in March 2009.

He is serving a nine-year, six-month prison sentence.

Swann has a month to appeal Justice Panckhurst's decision on the Proceeds of Crime application.

His lawyer, Hugo Young, said he had not heard from Swann.