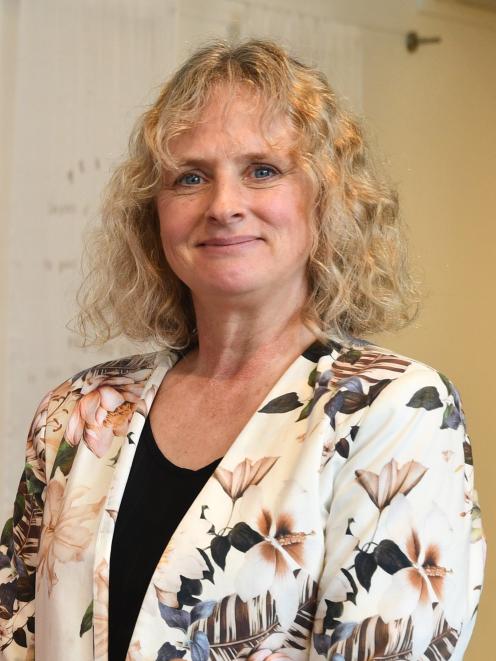 Invercargill Labour list MP Liz Craig. Photo: supplied
Parliament's health select committee has raised concerns about management controls at the Southern District Health Board, and in particular its financial and IT systems.

The committee, which held the SDHB’s annual hearing earlier this month, issued its report yesterday.

"The Auditor-general assessed the DHBs management control environment as ‘needs improvement’, with major improvements needed at the earliest reasonable opportunity," the report said.

"He noted significant issues with the DHB’s IT controls that affect the organisation’s overall control environment.

"We are concerned to see that some of these are longstanding issues."

The committee, which is chaired by Invercargill Labour list MP Liz Craig, also highlighted issues with the SDHB’s financial system as one of its biggest risks.

"In the past the financial system had not been updated, in order to save costs," the report said.

"Consequently, the DHB was unable to change passwords in the Oracle financial system."

The SDHB began using the national Oracle shared IT financial management and procurement system last June, which the report said had resulted in improvements to security and passwords for access.

The former Otago DHB suffered a major financial loss in 2008 when former employee Michael Swann was convicted of defrauding it of nearly $17 million.

The Auditor-general assessed the SDHB’s financial information and supporting systems as good, but recommended it ensure its asset management, sensitive expenditure, and contract management systems were up to date.

The report also highlighted the parlous state of the DHB’s balance sheet, noting that in the previous financial year it had had to obtain a "letter of comfort" from the Ministers of Health and Finance that the board’s deficit that year, $30.9 million, would be covered.

"At our hearing we asked whether the DHB is tracking towards budget in 2021-22.

Also hanging over the SDHB’s head is the need to make provision for historic underpayments by all DHBs under the Holidays Act.

"In 2020-21, the DHB reported a provision of $82.6 million for liability arising from noncompliance with the Holidays Act," the report said.

"The Auditor-general qualified his opinion due to a high level of uncertainty about the provision that the DHB included.

"He was unable to obtain adequate evidence to determine whether the amount of the provision was reasonable."

At the hearing the SDHB told the committee that it was confident that staff would receive their entitlements.

It said that it was on track to complete what had been a very complicated calculation of the liability by May.

"He noted significant issues with the DHB’s IT controls that affect the organisation’s overall control environment.

"We are concerned to see that some of these are longstanding issues."

The committee, which is chaired by Invercargill Labour list MP Liz Craig, also highlighted issues with the SDHB’s financial system as one of its biggest risks.

"In the past the financial system had not been updated, in order to save costs," the report said.

I am gobsmacked by the : "In order to save costs" !? I am pleased that you noted former IT employee, and criminal, Michael Swann.

SDHB sure didnt save many costs there!
Great to see the ODT casting light on OUR SDHB and their function. Keep it up.

The local part of the SDHB never really recovered after Swann and friend helped themselves to millions of the taxpayers funds devoted to our health. That it is the IT and financial departments that are still causing concern is an indication that lessons were not learned. Mind you, with Carole Heatley in charge for a spell that comes as no great surprise. And the National government appointed commissioners helicoptered in at great expense and cost to local democracy were worse than useless and left us with a bigger deficit than when they arrived. At this point let me mention the stirling work done by the long suffering medical staff who carry regardless despite the useless leadership they encounter day after day. You folks deserve better than being abused by some terrible patients as well as terrible bosses.