The Cadbury factory is cleared to make way for the new Dunedin Hospital. PHOTO: GERARD O’BRIEN
Covid-19 refused to go away, but the pandemic was far from the only reason the southern health system hit the headlines in 2021. Health reporter  Mike Houlahan looks back on the year that was.

Health is never short of "bad" news stories, but there were a few shining positives that the southern health system can take pride in as it looks back over the past 12 months.

First and foremost is the tremendous mobilisation of professionals from all walks of healthcare to make the Covid-19 vaccination programme a stirring success.

It had its bumps — GPs felt left out of initial planning — and its speed wobbles — the South was injecting so fast in the early stages that the Government ran out of vaccine to send it.

But the dedication of hundreds, if not thousands, of people, meant that the Southern District Health Board region was one of the first to reach the 90% first-dose benchmark, a milestone which has been closely followed by several regions within it reaching 90% or more for double doses.

The effort continues, as booster jabs and double doses for people aged 5-11 are to come in 2022.

It would have been a big year regardless for Te Kaika, which secured a contract to build and manage a Wellness Centre from its Caversham base, but the energy and innovation its leaders have shown throughout 2021 has been remarkable.

Health and border officials can take a bow that, apart from the occasional visiting sailor, Covid-19 has largely not been an issue in the region.

Delta, and the looming threat of the Omicron variant of Covid-19, means that although they might be uncomfortable and unpopular, masks and vaccine mandates are here to stay. 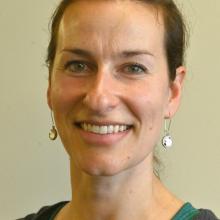 Not here to stay was health board member Ilka Beekhuis, whose issues with vaccine mandates prompted her resignation from the SDHB.

She was not the only departure from the SDHB, as senior management including chief medical officer Nigel Millar and strategy, primary and community executive director Lisa Gestro moved to fresh fields.

The board itself is soon to be surplus to requirements after Health Minister Andrew Little announced sweeping reforms of the health system, which included doing away both with health boards and primary health organisations such as WellSouth.

Given the key role each has played in pandemic protection and the lack of detail thus far as to exactly what will replace each organisation, it would not be a surprise if there might yet be a stay of execution before their six-month deadline expires.

Covid was not the only public health issue to beset the South in 2021: a lead contamination scare resulted in Waikouaiti residents drinking tank water for many months rather than tap water, and the seasonal respiratory disease RSV attacked the region’s youth with greater vigour than usual last year.

Dunedin Hospital is a tired and largely inadequate facility in desperate need of replacement, and 2021 saw marked progress towards that.

While no construction work has started on the much-needed new $1.47 billion facility, the land on which it will sit is now largely cleared of the buildings on it and the fast-track consent process is under way.

It was not the only building work in the health sector; the new Queenstown Southern Cross Hospital has just opened, private health provider Mercy opened a new wing, and the Southland Charity Hospital is being built in Invercargill, for the use of all southerners.

The SDHB also signalled the eventual closure of some wards at Wakari Hospital, another facility with largely full beds despite many areas being well past their use-by date.

The announcement fulfilled one of the recommendations in the SDHB-commissioned regional mental health review, a strongly worded document that called for change, which the board has committed to implement.

The board last year also signed off its new disability strategy, and members of that community are already playing a greater part in SDHB deliberations as a result.

But for all that commendable work, the SDHB was also confronted with a review of its own operations which found the board lurched from crisis to crisis and needed to rethink its management and governance structure.

Dunedin Hospital’s beleaguered emergency department had a PIN notice placed on it after frustrated staff used the Health and Safety at Work Act to demand improvements, and the hospital as a whole became so crowded that a "Code Black" order to clear space was issued in March and almost again in November.

Work to try to improve patient flow has gone on almost all year but is being hampered by the critical shortage of nurses, an issue affecting all DHBs.

The exigencies are being most severely felt in aged care, where many local facilities struggle to muster enough registered nurses for each shift.

One Dunedin nurse may play a key role in helping find a solution to these problems, after Anne Daniels was elected president of the New Zealand Nurses Organisation.

Waiting lists were a constant bugbear, no more so than in oncology. 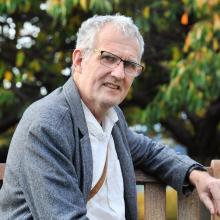 He died three months after approaching the Otago Daily Times with his story, one which still serves as a painful reminder that waiting lists are people, not abstract numbers.

Under the pump, the SDHB started sending cancer patients to other centres for treatment, then started a similar initiative to tackle a formidable backlog of orthopaedic cases built up during the first Covid-19 lockdown.

There are some wonderfully capable and committed staff and where there is a will to put patients first ahead of financial considerations, some wonderful provisioning of treatment. Unfortunately, some systems let the totality of excellence down especially when caught in narrowed thinking, "clever" accounting and inability to review for those who for whatever reasons, fall out of the system, get overlooked, or don't fit the "criteria" especially it seems with regard to age despite multiple ongoing presentations.

Where will be the new psych services inpatient facilities after Wakari ward closure?