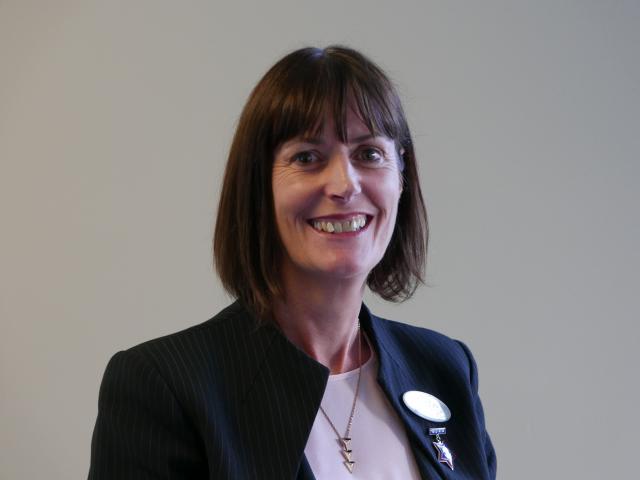 Jane Wilson. Photo: supplied
The Southern District Health Board is still desperately trying to recruit new nurses, to cover both normal health care and to prepare for the expected impact of Covid-19.

The nursing shortage was highlighted a fortnight ago when the SDHB took the unusual step of transferring patients for post-operative care to another hospital as it did not have the nursing staff available to open beds for those patients.

SDHB chief nursing and midwifery officer Jane Wilson did not specifically say when asked how many vacancies the SDHB had, but did say nursing vacancies accounted for 36% of total vacancies in the DHB.

Nurses make up about 40% of the more than 5000 people employed by the SDHB.

In December Ms Wilson told a board meeting that some wards had as many as 11 vacancies, and that from a budget boost to recruit 109 additional nurses 76 positions had been advertised to that date.

"Despite significant efforts and some success in recruiting nurses, we remain challenged in filling vacancies to meet demand," she said this week.

"Recruitment challenges are mostly compounded by border restrictions and the need to staff for Covid response work."

Nurses said the ongoing staff shortages, which have been a problem for all DHBs since the pandemic restricted their ability to recruit nurses, were having a serious impact on wellbeing.

"SDHB staff in many areas have been working for lengthy periods beyond capacity, which has caused chronic stress and fatigue," New Zealand Nurses Organisation local organiser Karyn Chalk said.

"There is nervous apprehension about what lies ahead as staff are overstretched without additional admissions for Covid-related illness."

Nurses endorsed the SDHB’s ongoing recruitment campaigns, and Ms Chalk acknowledged that the board was working extremely hard to prepare for what Omicron might mean for the service.

One of those initiatives is that the SDHB intends to hire many more graduate nurses than it normally does: Ms Wilson said the new intake of 103 was the highest number that the SDHB had ever hired.

Those nurses now have to go through the nursing entry to practice programme and spend a period of six weeks, starting from March 21, where they work alongside an experienced registered nurse, before being able to be officially counted on the roster.

"Of those graduates, 82 are being based in the DHB, (61 Otago-based and 21 Southland-based) and 21 have been recruited to roles in the wider community such as practice nursing and aged residential care," Ms Wilson said.

A DHB-wide project to train health care assistants to a standard where they could work with charge nurses had been taken up by about 60 people, Ms Wilson said.

"We were also delighted by the Ministry of Health’s announcement last week that a fund has been established to support nurses returning to practice, as such support has been strongly advocated for by leaders from across our southern health system."

That fund, which covers expenses related to retraining and registration, is now open for applications.

Yesterday the Government released a report on nursing numbers and the implementation of safe-staffing rosters: the SDHB and 13 other boards missed the initial deadline to do so, but recently had its rosters signed-off.

The report said that 62% of frontline staff reported that half or more of their last 10 shifts had been understaffed, and that 41% reported being asked to do additional shifts each week.

Just over a third of all day shifts nationwide were likely to be understaffed, which the report authors said was a significant concern with potential patient and staff safety implications.