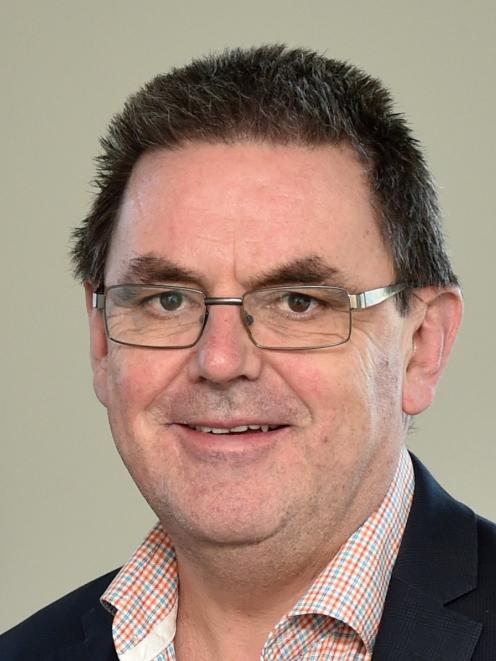 SDHB chief executive Chris Fleming. Photo: Gregor Richardson
More than 400 Southerners have waited more than a year for an elective procedure and many others have lingered more than the expected four months on the waiting list.

Patients constantly asked him to either provide the care they had been promised or remove them from the waiting list, Southern District Health Board chief executive Chris Fleming told a board meeting on Tuesday.

"I think we need to run a process that actually delivers honesty and either provides treatment or goes actually while you are on the waiting list you are so low a priority that we are never going to get to you."

Mr Fleming presented the board — which has been closely watching waiting lists for a year or more — with figures which showed the extent of the problem.

A small number of patients had been on waiting lists longer than 600 days.

Orthopaedic operations were by far the largest contributor to that tally, as 203 procedures planned for Dunedin Hospital and 11 scheduled for Southland Hospital had reached the year mark without being done.

Other notable services with patients who had endured long waits were ear nose and throat (51), vascular (32), and surgical services at Southland (26).

"We need to be honest with the person at the time and say while you would be able to get surgery you are not going to get it at the time," Mr Fleming said.

"It is a hard conversation and every clinician knows that they could do something for that person but for capacity."

Government policy was that only patients for whom DHBs had capacity to see and then treat within four months should be added to elective waiting lists, but "a considerable number" had waited more than four months so far, Mr Fleming said.

Those delays were largely caused by the disruptions created by Covid-19, but were also driven by patients being not being ready for surgery or not attending an appointment, or people being shuffled down the list by patients with more urgent needs.

"I have put these tables in to make it very transparent to board members along with patients," Mr Fleming said.

"I find it [waits] untenable because government policy for at least 20 years now has been to give patients certainty that if they are added to the waiting list that you will treat them within four months ... and we have 375 patients waiting more than 365 days on the inpatient waiting list."

While unlike the previous Level 4 lockdown this time the SDHB did manage to perform some elective procedures, Covid-19 had impacted operation numbers, Mr Fleming said.

"Overall, we lost circa 50% of our planned care activity during the period from August 18 to August 31 ... the lost activity will now have to be caught up and an enhanced recovery plan will need to be developed."

That drop in surgery had also affected the SDHB’s financial performance.

Without $3.1 million income from planned care for August, the board recorded a deficit of $4.3 million, having budgeted for a deficit of $2.4 million.