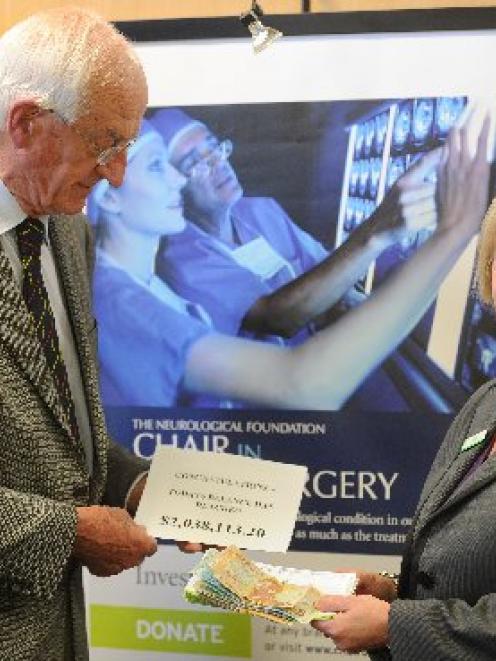 The tally reached $2,038,113 yesterday, with the $2 million milestone being passed a month ahead of schedule, project manager Irene Mosley said.

Launched 10 weeks ago, the campaign aims to raise $3 million to fund the Neurological Foundation Chair in Neurosurgery at the University of Otago.

As well as leading neurosurgery research at the university, the professor would be Dunedin Hospital's third neurosurgeon, ensuring a safe clinical service for the South.

"It's a measure of the confidence of the people of Otago and Southland and their wish to have excellent neurosurgical services available to them.

The three-bedroom house, built by Certified Builders in Mitre 10 Mega's car park, will be auctioned next Saturday.

"The people of Otago and Southland can take full credit for this fantastic achievement, especially as the $2 million mark has been reached in such a short period of time."