Hospital may be relocated 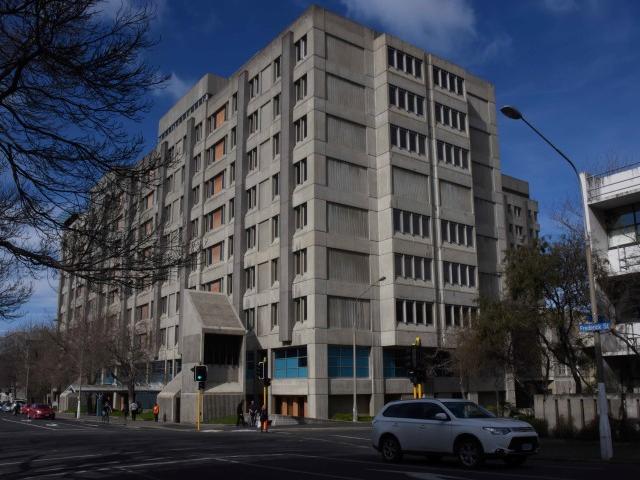 A "long list" of site options for the $300 million hospital rebuild includes shifting "all hospital facilities" to a different part of the city. While there has long been speculation about another site, the possibility was revealed in a press statement from the Government-appointed rebuild group.

Southern Partnership Group chairman Andrew Blair declined to release the long-list document to the Otago Daily Times, saying it was a "work in progress".

"The  long-list options range on a spectrum from replacing the clinical services building and refurbishing or replacing the ward block, to moving all hospital facilities to an entirely new hospital campus either nearby, or somewhere else in Dunedin city.

"The long list deals with broad categories of options such as near the existing hospital or greenfields options elsewhere in the city, but it does not identify specific sites within those broad options," Mr Blair said.

However, the "nearby" option is likely to mean adjacent University of Otago land, which the university has publicly proffered for a potential land swap in a bid to prevent the hospital from being rebuilt on a distant site.

The "somewhere else" option is likely to be Wakari Hospital.

The clinical services building is the smaller, older building on the south side of Dunedin Hospital’s ward block. Its need for replacement has been long signalled, and it is at risk of abrupt failure  because of  its rundown state. The ODT understands the newer ward block, commissioned in 1980, poses the main site question, and it has been subjected to a detailed engineering assessment. If it is refurbished, the new clinical services building needs to link to it directly. If it is to be replaced, site options are more flexible. Mr Blair said there was no information to provide  about the future of high-level services such as  neurosurgery.

"As outlined in the press release, we are working through a broad range of options for services and facilities as part of the indicative business case and are not in a position to discuss further at this stage."

"At this time the focus is on the arrangement of the services that will be delivered, as that will inform the design of the physical facilities required," Mr Blair said.

"We are not in a position to release the long list, as it is a work in progress and part of the indicative business case which will not be completed until mid next year."

The list was written by consultants, the Ministry of Health, the Southern District Health Board and the partnership group.

It would be released to the group of local doctors advising on the rebuild, Mr Blair confirmed.

"All options for services and facilities are on the table and we will narrow this list down by weighing up each one against its ability to improve operational efficiency, the staff and patient experience, and patient safety.

"We’re also looking at how each option meets the business needs of the DHB, fits with the Ministry of Health’s New Zealand health strategy, provides value for money, recognises changing demand needs, and is affordable."

Next year, the long list will be whittled to a shortlist  containing much more detail about the respective options. If a greenfield option  was  selected, it  was more likely to involve a public-private partnership with private investor money, senior doctors’ union executive director Ian Powell told the Otago Daily Times this week.

That has raised hopes locally of a more speedy rebuild, but it is unlikely to make a difference, as the process is governed by Treasury, and no final decisions will be made until 2018.

"That has raised hopes locally of a more speedy rebuild" , get real mr invisible is even worse the Coleman . When has Woodhouse actually stood up for Dunedin in anything let alone health. We only hear from him when he is defending National policies.

Be very wary when they say ""We’re also looking at how each option meets the business needs of the DHB, fits with the Ministry of Health’s New Zealand health strategy, provides value for money, recognises changing demand needs, and is affordable.", read between the lines and it reads minimal services at minimal cost while servicing the largest geographical area any board has, a large number of retirees living in rural areas and 2,000,000 unfunded visitors a year doing things like skiing , rock climbing , hunting , hiking , and various other adventure type activities in that same geographical area.

At least the rebuild will lower maintenance costs when it finally happens but expect a downgraded hospital and services. And don't expect the medical school to be a consideration as I have believed for a long time that the govt would like nothing more than to see it shifted north.

Madness to even contemplate.

Nice empty site in south dunedin... we wouldn't even have to rename the house of pain.