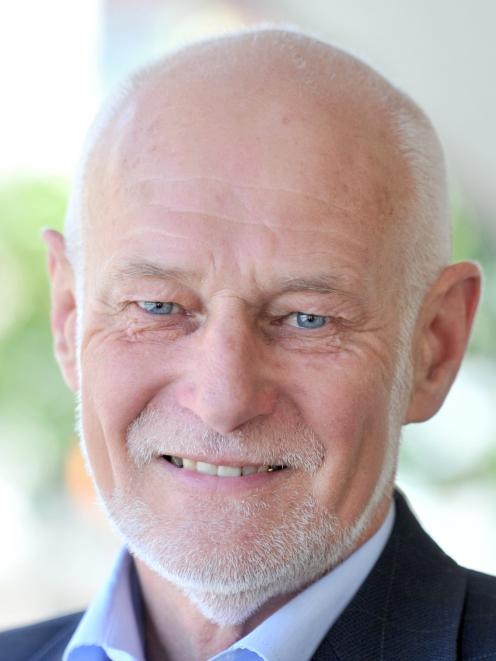 Pete Hodgson
The site for the new Dunedin Hospital has been narrowed down to "just a few flat sites", which all lie between the Octagon and the University of Otago, rebuild chairman Pete Hodgson says.

Mr Hodgson said he would make a formal recommendation to Health Minister David Clark by the end of March.

‘‘We have narrowed the choice to just a few flat sites, all lying between the Octagon and the University of Otago.

‘‘Each site has advantages and disadvantages, and it is possible that the final site will involve parts of more than one block.’’

Mr Hodgson, who has been in the role about two weeks, said the site question was ‘‘clearer’’ after a rebuild partnership group meeting in Dunedin yesterday.

Mr Hodgson would not be drawn on the likelihood of the Public Works Act being invoked to acquire land.

‘‘We will not be making any further public comment on site selection at this time.

‘‘We can assure any affected landowners that they will learn of our interest directly and not through the media,’’ Mr Hodgson said.

He disclosed a list of sites that had been ruled out by the partnership group.

Ruling out the hostels appears to signal the hospital will not be built on that block which houses the DHB’s Fraser building and is encompassed by Frederick and Hanover Sts.

Mr Hodgson would not rule out the Fraser building site, but said it was not likely.

‘‘I don’t think Fraser is going to be part of the new hospital.’’

Eliminating the hostels gave the university certainty about the future of its buildings, he said.

Labour had promised a central-city site for the hospital, so Wakari and South Dunedin had effectively been ruled out previously.

The main hospital campus would be vacated, apart from the oncology building, the newest building on campus.

Built in 1993, it was in ‘‘good working order’’ and was likely to be retained for the oncology service.

Mr Hodgson is also considering the future of the ward block.

Given the ward block was completed in 1980, many people found it hard to believe refurbishment was not the best option, Mr Hodgson said.

``However, the cost, time and disruption, as well as the age of the building at the end of the process, are all contributors to the decision taken earlier this year to undertake a full rebuild.

``The papers that support that decision will be made public.

``However, the ward block still has a lot of life left as office space, commercial space or residential space.

``I have no doubt that when it stops being a hospital it will begin a second life.''

Mr Hodgson refused to be drawn on whether the Cadbury factory site was a potential site.