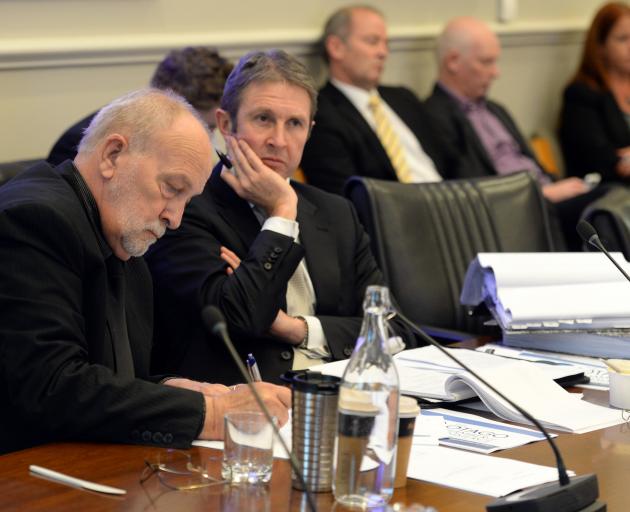 Tekapo businessman Anthony Tosswill's plan to build the 17-storey tower in Moray Pl was greeted with a mixture of support and withering criticism on the third day of a resource consent hearing yesterday.

Among the supporters was Otago Chamber of Commerce chief executive Dougal McGowan, who told the panel the five-star hotel was needed to future-proof the city's tourist infrastructure and capitalise on expected growth.

The city was enjoying growth in the tourist sector that outstripped the national average, and was expected to continue, he said.

''It [tourism] is a major income driver of employment and GDP throughout the region, and we need to be able to cater for the future demands of that.''

His views were backed by the chamber's 1000-strong membership, a survey of which found 79%, or 320 respondents, backed the hotel, he said.

Only 10.95% of those surveyed were against it, but their reasons for opposition varied, he said.

''That's quite a strong mandate that we have received,'' he said.

Mr McGowan added he had spoken to most of the Octagon's bars and restaurants, which could be affected by winter shading if the hotel was built, and ''unanimously, they were in support of the development''.

''They were aware of the shadowing, but the potential benefits ... far outweigh any of the negative consequences,'' he said.

His views were backed by the Property Council of New Zealand, as well as by author Norman Ledgerwood, who wrote a book on the Octagon.

Mr Ledgerwood told the hearing people were ''frightened'' by change, but it was a constant in a city like Dunedin.

''I don't believe we can lock Dunedin into a time warp as some people would like to have it,'' he said.

Others vehemently disagreed, including Peter Entwisle, who said the hotel would rob him and other residents near him of valued views of the Dunedin Town Hall, Municipal Chambers and St Paul's Cathedral.

The tall glass tower was a ''perfectly respectable'' modernist design, but it was inappropriate for the site because of its contrast to its surroundings, he said.

While London had adopted an ''anything goes'' approach to mixing old and new buildings, other cities, like Paris and Rome, took a much stricter approach to matching like with like, he said.

''I support the French and Italian approach.''

Hilary Hunt also opposed the hotel because of its ''ridiculous'' design, which would be ''totally out of character and style for this city''.

She said she was voicing her opposition on behalf of ''at least 50 other people'' she knew who also opposed the project, but had not submitted against it.

The speakers were among about 60 of 271 submitters who indicated they wanted to speak at this week's hearing.

In total, 206 submissions received opposed the hotel while 58 supported it and seven were neutral.