Idour pulls out of liquor hearing

A Dunedin council candidate has stepped aside from his role as a liquor licensing committee commissioner after calling the council, the University of Otago and police a "devil's triangle'' who do nothing about alcohol problems. 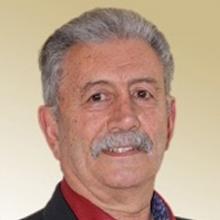 Former police sergeant Wayne Idour was to have been a commissioner yesterday on a committee considering Cumberland St Super Liquor's licence, but was replaced after his impartiality was questioned.

The renewal was opposed by police and the Southern District Health Board.

It was also opposed by the university. Vice-chancellor Harlene Hayne called on the committee to do "all in its power'' to address the proliferation of liquor stores in and around the student quarter.

The liquor licensing committee is an independent subcommittee of the council.

Mr Idour made his comments at a candidates forum last week in South Dunedin, where he was sharply critical of the response of the university, council and police to alcohol problems.

While Mr Idour's name was on the agenda for the meeting, he did not appear at the Municipal Chambers.

Committee chairman Colin Weatherall said his comments at the South Dunedin meeting, as reported in the Otago Daily Times, did come up.

It was not a long-term issue, rather "just of the moment''.

Under the circumstances, there was a degree of sensitivity, though Mr Idour's inclusion on the committee was not raised with Mr Weatherall by the applicants.

Mr Idour said yesterday he was unwell, and could not answer questions on the matter.