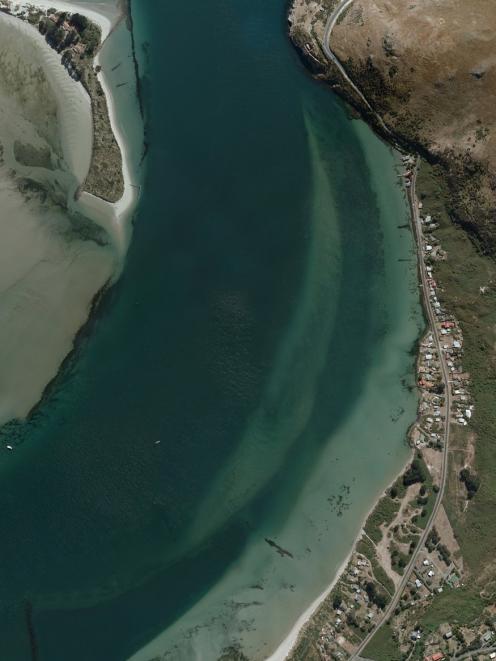 A $50,000 contribution would be conditional on getting legal confirmation that Port Otago would commit to ongoing replenishing of sand on Te Rauone beach, latterly discovered to be a critical aspect of the project.

Council staff said further analysis of the project to address the erosion issues on the beach, which has been proposed by Port Otago and would be owned by landowners Te Rauone Incorporated, showed the original plan to build a breakwater off the beach would not resolve erosion issues in front of the council's reserve in the area.

However, the establishment and maintenance of a sandy beach extending from the breakwater to the southern end of the reserve would be more effective in relieving erosion effects in the short term.

Council parks and recreation services manager Mick Reece told councillors staff were ''obviously concerned'' to be advised by consultants Tonkin & Taylor that the breakwater, which had been the focus of the project, would have a limited effect on erosion in the area.

Council staff had since met Port Otago and had a ''very firm reassurance'' that the project also involved establishing and maintaining a beach, and that Port Otago would have ongoing responsibility for doing that.

The council might now have no interest in the breakwater, as the sand was the critical part of the project with regards to protecting its property, but the proposal was for one project including both aspects, Mr Reece said.

Parks manager Lisa Wheeler said if the council was left to come up with its own proposal for the reserve, it would risk having to do the sand management itself, which was a costly exercise.

Doing it this way also meant the council could monitor the beach works for the short term and if they did not work, could look at other options, including a rock revetment instead of a breakwater.

''Our clear understanding from this is that council's contribution is towards the overall project, but our recommendation is that the contribution is principally there on the basis of the beach being established and maintained.''

Cr Richard Thomson noted the project could potentially be a huge saving to the council in terms of sand management, and wondered if the long-term saving was actually worth more than $50,000''At the moment we are purchasing a benefit but asking local residents to pay two-thirds of the cost of it. I need some sense of how fair that is.''

Mr Reece said if the council decided not to contribute to the project, it would still have to deal with erosive effects on the reserve caused by walls built by private property ownersd to protect their properties.

''Our experience tells us moving sands is expensive and getting consents for that is sometimes torturous. It seems to be a pretty good investment at this stage.''

Crs Kate Wilson and Jinty MacTavish said they had concerns it would be a shorter-term solution than they would ultimately like it to be.

But after 40 years of concerns it seemed to be the best solution available, Cr MacTavish said.

''This is possibly the only way forward at this point in time.''

Cr Bill Acklin said the council should be grateful Port Otago had stepped up and put their money into looking for a solution, rather than entering a legal battle with the community.

''I think as far as protecting the reserve and playing our role we are getting off very, very lightly. This type of work is very, very cost-effective for this council.''

Councillors passed resolutions to include the $50,000 for the project in the 2013-14 annual plan, subject to conditions that there be consultation with Te Rauone Incorporated and Port Otago to confirm best value from the total project, including the implications of sand accretion at the southern end of the beach; there be an investigation of the ''synergies and mutual effects'' between the breakwater's construction and planned road widening in the area; and the legal confirmation of Port Otago's commitment to ongoing sand replenishment.

Councillors will today consider whether they will contribute any extra funding for the project.