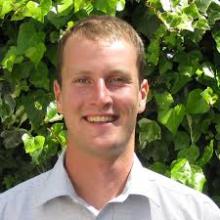 However, the Otago Regional Council says the number changes constantly as they are discovered and remediated.

As of November 2018, there were 37 contaminated sites covering 72ha in the region.

Council senior environmental officer Simon Beardmore said it was important to note the number of sites at any given time was only a "snapshot".

"The number of contaminated sites increases as new sites are identified through investigation, and decreases as these sites are remediated or managed to make them safe for human health or the environment.

"This fluctuation can make it difficult to use the number of contaminated sites as an indicator of policy or plan effectiveness across the region."

He acknowledged there would be "many more" contaminated sites it was not aware of.

The list includes elevated levels of arsenic found at the former Oderings Nursery in Belleknowes and part of the Wyuna Subdivision in Glenorchy, as well as lead contamination on three properties at the top of Selwyn St in Northeast Valley.

Of Otago’s 37 contaminated sites, 20 were identified within the past two years.

The rate picked up between June 2016 and November 2018, during which  21 additional sites were remediated or managed, Mr Beardmore said.

The council’s strategy was long-term, tackling the sites through a "concerted and progressive effort".

Every contaminated site that was managed or remediated to make it safe for human health and the environment was a success in its own right, Mr Beardmore said.

"There are still a number of challenges. There are undoubtedly many more contaminated sites in the region that have not yet been identified."