The director of the University of Otago’s Centre for Theology and Public Issues has launched a blistering attack on the Catholic Church and the Bishop of Dunedin, saying their response to historic sexual abuse is "a failure of the church’s moral leadership".

The comments by Prof David Tombs - Howard Paterson Professor of Theology and Public Issues - come as the church maintains its silence over the extent of historic abuse by clergy within the Dunedin diocese.

Since August, ODT Insight has highlighted the church’s handling of one paedophile priest, Fr Magnus Murray, and identified other offenders — including priests, Christian Brothers and Catholic teachers — who targeted children over decades.

But Bishop Michael Dooley — who publicly apologised to the city in August — has since repeatedly refused to say how many historic offenders, victims or payouts the church is aware of within the Dunedin diocese.

And, in recent weeks, he has issued ODT Insight with new "guidelines" for responding to questions, including that he would "reserve my right to exercise discretion in answering any request".

Since then, Bishop Dooley has ignored requests for comment, including on recent allegations levelled against one of the most senior members of the clergy in Dunedin in recent times, who has since died.

At the same time, the New Zealand Catholic Bishops Conference has backed away from an earlier commitment, given to a national survivors’ group, to make a public statement on the need for the church to be included in an expanded royal commission. 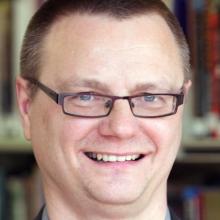 David Tombs
The Government is still mulling the scope of the inquiry, but draft terms of reference — released earlier this year — would exclude most faith-based settings and many victims of clerical sexual abuse.

Prof Tombs said Bishop Dooley’s approach to media scrutiny appeared to be "raising [the] barrier to journalistic inquiries ... as a way to evade difficult questions".

He also wanted to see "much greater urgency" from Bishop Dooley, and New Zealand’s other Catholic bishops, in pressing for the terms of the royal commission to be expanded.

"If the terms do not change ... then Bishop Dooley is in effect saying that the church will not take positive steps for truth or justice.

"At present, Bishop Dooley is leaving it to the media to show leadership in getting to the truth, and seems to be resisting rather than [supporting] this process.

"This is a failure of the church’s moral leadership ... it is ethically wrong and a failure to witness to the Gospel."

It had highlighted the extent of historic abuse in the Dunedin diocese was "much greater than the church initially revealed, and there has been a cover-up to at least some degree".

"For the church to be tight-lipped is to sustain this."

Evidence overseas was that when an inquiry began asking probing questions, the extent of the abuse and the cover-up were both shown to be "much more serious" than previously acknowledged.

"So it seems the church [in New Zealand] is trying to avoid this by saying as little as possible — beyond its regret, sorrow and sense of failure.

"I have no reason to doubt that these feelings are genuine but they have to be matched by a strong commitment to put things right."

Bishop Dooley, contacted yesterday, would only say he would "welcome the opportunity to meet with and discuss the concerns David Tombs has about my response".

"At this present moment I am meeting with local victims and survivors and my primary concern is to listen to them."

The church’s response was also criticised by members of the Network of Survivors of Faith-based Institutional Abuse and their Supporters.

The group had met Hamilton Bishop Steve Lowe — as the bishop responsible for professional standards — in September to discuss the need for a fresh statement from the NZ Catholic Bishops Council, calling for the church’s inclusion in an expanded Royal Commission.

Bishop Lowe had said one would be forthcoming, but it took until this week for the council’s new executive officer, James van Schie, to email the group, only to reiterate the church’s earlier submissions.

A church spokeswoman said last night the submissions argued for the terms of reference to be broadened to be "victim and survivor-focused" and "ensure lessons are learned for the future".

"We are of the firm view that no individual should be denied the possibility of making a submission to the commission simply because their path of referral to an institution was different to another’s."

Network spokeswoman Liz Tonks believed the church needed to go further, or the majority of victims of faith-based abuse would be excluded from the inquiry.

"At this point, the bishops ... would appear complicit in avoiding any investigation of the church in the Royal Commission and have not demonstrated the ethical and moral leadership expected."

It is only within the last twenty years that the Vatican has declared that it was not laws or good works or self-inflicted corporal punishments that overcomes the power of sin, but grace( thankful gift of God) through faith in the Messiah, that saves from sin's power.