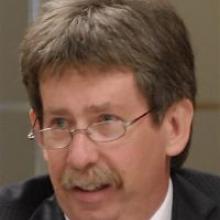 Richard Thomson
The future of the Dunedin City Council's infrastructure insurance is back in the hands of council staff, who will decide whether high prices and strict criteria are worth the cover offered.

In the meantime, the city's $2.4 billion network of above- and below-ground infrastructure assets will remain uninsured.

The council finance, strategy and development committee tackled the issue this week, when it discussed a report from financial controller Maree Clarke.

The situation developed earlier this year, when international reinsurers, worried about their own exposure, refused to offer new cover for underground assets, while council staff refused to pay inflated premiums for reduced cover for above-ground assets.

The council is instead considering self-insurance to cover 40% of any repair bill, a requirement for obtaining 60% support from the Government, and has set up its own strategic risk fund, with an initial sum of $250,000 invested with Dunedin City Treasury Ltd.

Mrs Clarke's report said the city had been offered insurance cover for its infrastructure assets - providing earthquakes were not included in the possible risks.

But council finance, strategy and development committee meeting chairman Cr Syd Brown said early this week he was not impressed with the offer.

Council staff have delegated authority to take insurance cover, but at the committee meeting, Cr Richard Thomson pushed for more involvement in decision-making on the issue from elected members.

Cr Thomson said he would prefer any proposal to come back to a December 12 council meeting, so councillors could make a decision on whether to take insurance without earthquake cover.

"Everyone is very clever about insurance until something happens," he said.

It made sense to deal with the issue in the way Cr Thomson suggested, and he was "quite relaxed" about doing it that way.

The committee voted to note the report, leaving some confusion about what would happen next, but Cr Brown said yesterday it was a staff role to make an "executive decision" on whether the insurance offered was acceptable.

The matter would be reported to the December council meeting, and elected members would reassess its position on self-insurance.