Intention to hear views of as many people as possible 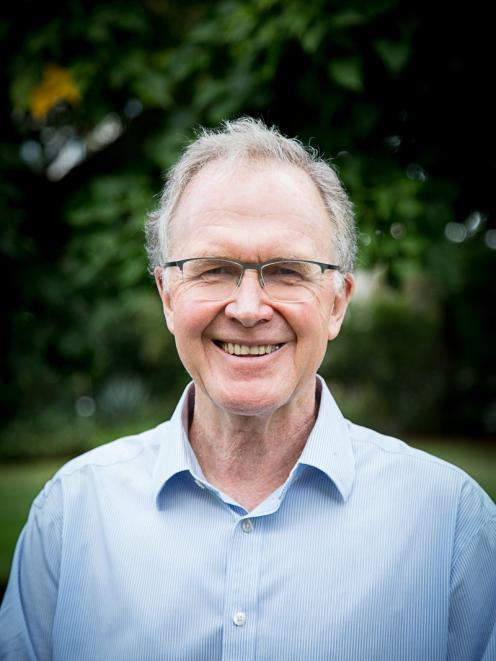 He spoke to health reporter Mike Houlahan ahead to the inquiry’s hearings in the South.

In PR-speak they call it "managing expectations" — in the alternative, try "don’t get your hopes up."

Ron Paterson, chairman of the panel conducting the Government’s inquiry into mental health and addiction services, is not having a bar of it.

Prof Paterson, a former ombudsman and health and disability commissioner, calls the inquiry — which began public meetings last month and reached the South later this month  — a once-in-a-generation opportunity.

He wants people to expect results, and he and his panel are meeting people whose hopes are high.

"I’ve used the language of once-in-a-generation opportunity, but the language that a number of the people we are meeting are using is about the need for a new paradigm, a new way of looking at things, and people are certainly making suggestions about that," Prof Paterson said.

"For me as chair it’s about meeting our mandate and coming up with recommendations that are fresh, that reflect what the community says, which are what the evidence says, and which can can be implemented."

The inquiry — a Labour party election promise — was announced in January, and the panel has until October 31 to report back.

That is a very tight time frame for what is a wide-ranging subject — especially when Prime Minister Jacinda Ardern proclaimed that nothing was off the table and it was well past time something was done to tackle mental health and addiction issues.

About 20% of New Zealanders are predicted to meet the criteria for a diagnosable mental disorder each year, and in 2016-17 more than 170,000 people used mental health and addiction services — a 71% rise over the past decade.

The lives of people with mental health and addiction issues  are, on average, around 25 years shorter — something not helped by the fact around half of people with disabling mental illnesses do not or cannot access treatment.

A 2014 report by the Royal Australian and New Zealand College of Psychiatrists estimated the cost of serious mental illness and opioid addiction to New Zealand was $17 billion Those are big numbers, they are getting bigger, and Prof Paterson has no illusions that there is an easy fix.

That said, he is not stepping back from the challenge.

"We certainly have to look beyond mental health and even the health sector, and we’re doing that," he said.

"We’re hearing a lot about the impact of homelessness, the impact of unemployment ... people are raising big societal issues squarely with us, issues about socio-economic factors are being put on the table, and they are very much in our terms of reference.

"Can we solve all the problems of the world? No.

"Can we come up with some recommendations how to handle these big societal issues differently, with a focus on building wellbeing in our community?  Yes, we can do that — that’s our job."

Prof Paterson said since the inquiry commenced its members had scarcely drawn breath.

"It’s been very busy, but we’ve been met with a lot of enthusiasm, a lot of interest, and a lot of ideas."

With speaking spaces before the panel limited by the short time available for consultation meetings, interested parties have been encouraged to make written submissions.

So far there have been more than 700 — and several hundred more are expected before the June 5 deadline.

Panel members have been holding one-on-one meetings with some submitters to try to see as many people as possible; people also were not  shy about collaring him for a chat during tea breaks, Prof Paterson said.

"We want to give everybody an opportunity, but I accept that it’s very hard for somebody who is passionate and has an important thought to share, to cut them off in mid-sentence — but we haven’t had to do that; often hosts have been willing to do that in terms of giving as many people as possible the chance to have their say."

Regional meetings continue until July 4, although the panel will continue to meet interested parties until August-September.

Then it has until the end of October to deliver its report to Health Minister David Clark — who has said future spending on mental health initiatives are on hold until he has seen the inquiry’s recommendations.

"I am confident and determined that we will be report by October 31," Prof Paterson said.

"That’s the job we have been given, and the job that we will do."