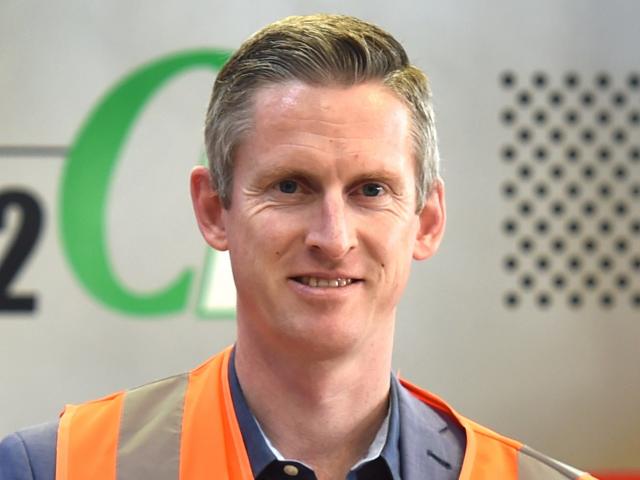 Gareth Evans
A new engineering hub proposed for Dunedin is part of a push by New Zealand manufacturers to secure a lucrative slice of Australia's $A200 billion ($NZ214 billion) defence upgrade.

Success could help deliver hundreds of new jobs, and tens of millions of dollars, to Dunedin, it has been suggested.

An application to the Government's $3 billion regional development fund was being finalised, and, if successful, would pay for a hub feasibility study, he said.

The idea was to create a shared facility that offered equipment, training and other resources, but also co-ordinated co-investment and collaboration between Dunedin manufacturers.

The biggest emerging opportunity was Australia's plan to spend $A200 billion upgrading its military over the next decade, Mr Evans said.

The programme, outlined in a 2016 Defence White Paper, included fleets of new submarines and frigates, tanks, aircraft and other military hardware.

NZTE (New Zealand Trade and Enterprise) representatives visited Dunedin last week, as part of a national tour, to brief the city's manufacturers on the Australian opportunity.

While Australia's focus was on growing its domestic defence industry, New Zealand firms would be able to bid for contracts as well, NZTE staff said.

Mr Evans said Farra had already registered its interest. It could produce parts for larger pieces of Australian military hardware.

Securing even a small chunk of the work - a quarter of 1% a year - could be worth an estimated $50million, and 250 jobs, for Farra, he said.

Otago Chamber of Commerce chief executive Dougal McGowan said Australia was looking to treat New Zealand like another of its states, while tapping into the country's manufacturing capacity.

That opened the door to significant contracts for firms across New Zealand, including in Dunedin, he said.

''We can't build submarines ... but we can build some of the bits that go in submarines,'' he said.

''I think it's very positive for the city, and it's another example of how Dunedin pulls together. I think it's great.''

Mr Evans said Farra was fortunate to have the resources to prepare bids for such contracts, but smaller companies would otherwise miss out.

''That's what we want this [hub] to support - to help make that a reality for local businesses.''

Australian military contracts could provide an ''anchor point'' for Dunedin manufacturers but other opportunities, like renewable energy, would also be explored, he said.

That could help a manufacturing sector that had gone through a tough period, as Fisher and Paykel Appliances, the Hillside Workshops, the Esco Dunedin foundry and Cadbury all closed.

''That [manufacturing] capability is still in the DNA of the city, but if we don't do something about it now, Farra will be just about the last left standing.

''I'm not old enough and tired enough to accept just slowly dying yet.''