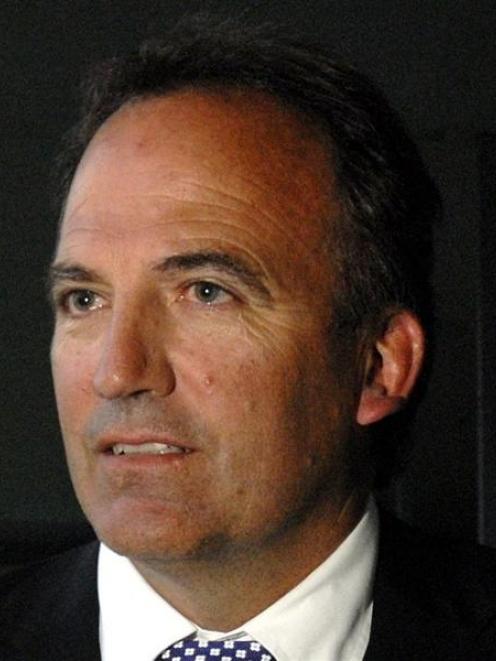 Wayne Graham.
A restructuring of the Otago Rugby Football Union appears likely to involve job losses but is seen as necessary for the union's survival.

The union has entered a consultation period to discuss a model that would lead to sharing of costs and services with the Highlanders franchise and Dunedin Venues Management Ltd.

Chairman Wayne Graham said the union was not financially sustainable in its current form, and it also wanted to help make Forsyth Barr Stadium a success.

Mr Graham emphasised the cost and service-sharing model was only in the form of a proposal.

A source told the Otago Daily Times some union staff had already been told of likely redundancies.

Mr Graham denied that, but acknowledged job losses were "quite possible".

The future of general manager Richard Reid appears uncertain. Mr Reid's title has already changed - he was the joint chief executive when the Highlanders were run by the ORFU - and there is no guarantee his role will exist in the future.

When asked about Mr Reid's future, Mr Graham would only say the proposed new structure would feature "different roles".

Mr Reid did not want to comment on his future. He was aware of the proposals and could understand why the union's board was investigating the options.

Asked if his staff members were worried about potential job losses, Mr Reid said it was "never a pleasant time" when things were uncertain.

At its peak, in 2006, the Otago union had 36 staff. There were 19 listed in the union handbook this year. Development officer Warren Kearney has since left and Otago co-coach Phil Mooney is leaving. Commercial manager Mike Kerr had been contracted to the Highlanders for three months.

Major reviews in 2006 and 2009 led to restructuring and some job losses, but the major reason for the drop in staff has been that the union no longer operates a Super rugby franchise or owns Carisbrook.

Mr Graham said the idea the union had been bailed out by the Dunedin City Council after the sale of Carisbrook was nonsense.

The union had, in fact, been left with debts.

And while the disposal of the ground meant a cut in costs, it also led to a big drop in income.

"Like all unions and franchises, we're in a marginal situation," Mr Graham said.

"We have got to be financially sustainable, and at the moment we are not."

The benefits of being involved with the new stadium were behind Otago's desire to establish a formal relationship with the Highlanders and DVML.

"We all want to make the stadium work," Mr Graham said.

"There are three entities in this city and there are all sorts of crossovers, financial, marketing, sponsors, all that sort of thing.

"For us, it's about getting back to rugby. We want to be a rugby union concentrating on rugby."

The split between union (Otago) and franchise (Highlanders) was made official last year. Where Otago once operated the Highlanders, the two now have entirely separate boards.

The proposed model will lead to a revived relationship that appeared to be getting frosty, especially over the green jersey saga.

"It's improving," was Mr Graham's description of the relationship between Otago and the Highlanders.

"I think the Highlanders needed to sort their own model out. They appeared to adopt a position that they didn't want anything to do with us. Our board obviously wasn't particularly happy about that."

Highlanders chief executive Roger Clark could not be contacted for comment yesterday, and DVML chief executive David Davies declined to comment about the proposal or what it might mean for DVML.

Mr Davies said it remained an internal process for the union to work through, and would not say whether DVML was also involved in discussions with the union.