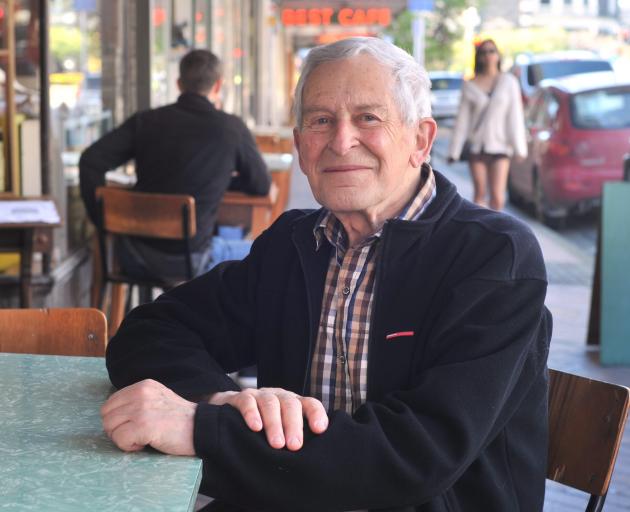 This year's guest speaker for the Dunedin Abrahamic Interfaith Group's annual peace lecture is David Zwartz, who is Wellington Jewish Council chairman and a supporter of the Holocaust Centre of New Zealand. PHOTO: CHRISTINE O'CONNOR
How kindness is revealed in society will be explored at an annual peace lecture in Dunedin next week.

Mr Zwartz said he would delve into kindness — ‘‘why we have it in human society, how it can show itself and bring peace to societies’’.

‘‘The idea of kindness ... exists in just about every culture in the world.’’

Mr Zwartz, who is an officer of the New Zealand Order of Merit, has been a long-time campaigner against antisemitism.

He is a supporter of the Holocaust Centre of New Zealand and assisted with the publication of Anne Frank’s Diary in Maori.

Antisemitism had been growing and fewer people now understood what brought about the Holocaust, he said.

However, Mr Zwartz believed people generally behaved better towards each other than they had in the days of public hangings

and burning people at the stake.

Kindness could emanate from altruistic and strategic impulses, he said.

The Dunedin Abrahamic Interfaith Group formed after the 2001 terror attacks in the United States.

It comprises three faiths — Judaism, Islam and Christianity — that focus on the God of Abraham.

The group’s 18th annual peace lecture and discussion will be held at the St David Lecture Theatre, University of Otago, from 6.30pm on Monday.

The event will be livestreamed.