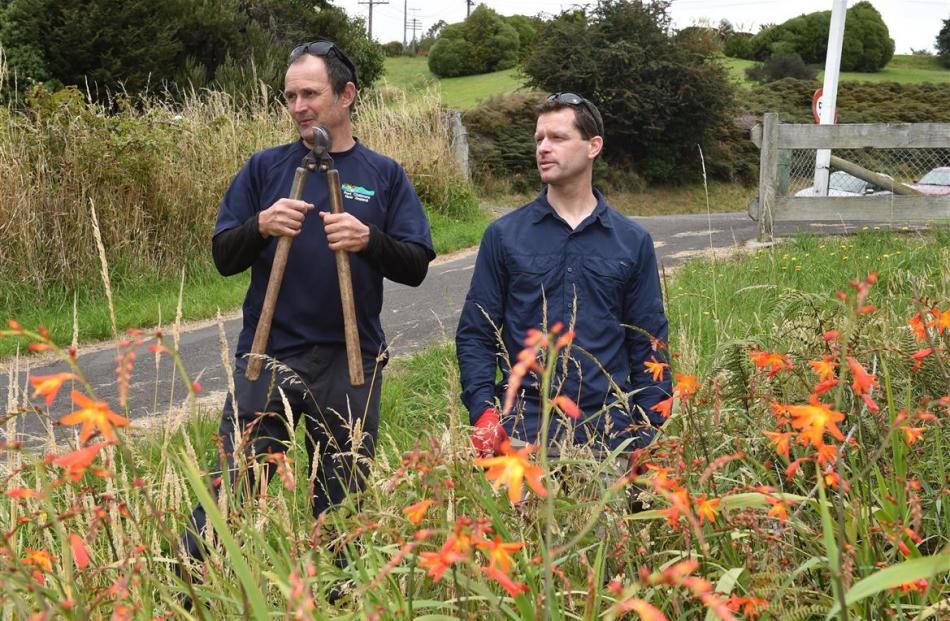 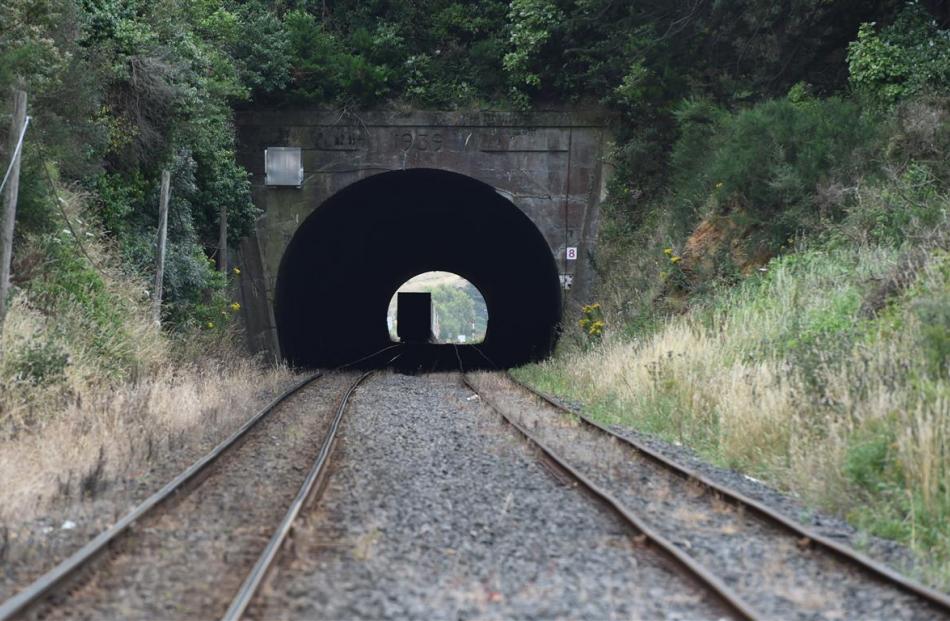 A freight train leaves the Roseneath Tunnel on its way to Port Chalmers this week.

A call to open Roseneath's operational rail tunnel to cyclists has been dismissed on safety grounds by KiwiRail.

The double-tracked tunnel could have half its width converted to a shared cycleway and walkway, providing the missing link on the stalled Dunedin to Port Chalmers shared path, proponents of the plan said this week.

The future of the long-planned shared path was thrown into disarray last week when the NZ Transport Agency announced cost estimates for the project had more than doubled from the budgeted $6million.

At the newly projected price it was unlikely the cycleway would proceed, they said.

The bulk of the extra costs centred on the cycleway's route through the small but steep Roseneath peninsula where a complicated sweeping path using significant retaining walls had been mooted.

Chalmers Community Board chairman Steve Walker said the two railway tunnels beneath Roseneath - a 1872 tunnel was blocked up in 1948 and may have been partly destroyed during the 1960 construction of State Highway 88 - both made compelling alternatives to NZTA's favoured plan.

While the Victorian-era tunnel would require significant investigation to determine how much of it still remained, the operational tunnel seemed a perfect solution, he said.

The proposed cycleway would follow the rail corridor on the landward side before, under current plans, turning inland at Roseneath to scale the hill.

But the rail tunnel provided a short, flat, direct route that would save cyclists time, save the NZTA costs, add an attractive tourism angle to the path and allow the cycleway to be completed, Mr Walker said.

Although much of the rail line to Port Chalmers was single track, the tunnel was double-tracked, meaning there was ample room to accommodate cyclists safely, he said.

"The bottom line is it's not a phenomenally busy bit of railway track.''

His "general reticence'' to using an operational railway tunnel for a cycleway had vanished when he visited the site this week, he said.

"I've completely changed my mind with this one.''

As the existing portion of the cycleway, from Dunedin to St Leonards, already ran beside the rail line, with just a wire fence separating the two, Mr Walker said there appeared to be no safety concerns.

The same type of fence and physical separation could be employed in the tunnel.

The tunnel's direct and short route would make the path a more attractive proposition to cyclists intimidated by the longer and steeper climb up the hill.

"This could probably knock 10 minutes off the trip, compared to the NZTA plan.''

The cost benefits of not needing to engineer a route through the Roseneath SH88 cutting were obvious, he said.

While it was understandable people would be concerned about sharing an operational rail tunnel with freight and passenger trains, Mr Walker said he did not think safety would be a problem.

The tunnel was wide, straight, light and relatively short, he said.

"The trains are going so slowly through here anyway, as anyone in Port will attest to.''

"It gives a straight shot from Port Chalmers right into the heart of the city.''

However, NZTA project manager Simon Underwood said while the operational tunnel "was mooted in the initial scheme stage'' the idea was not favoured.

"In my view, it remains an unlikely proposition, but we will test if this is indeed the case.''

A KiwiRail spokeswoman was more emphatic, explaining while the rail operator was "supportive of our land being used for cycleways'', it was essential "safety and operations are not compromised''.

"We understand that the local community is keen to find a solution to enable the cycleway to be built. However, due to the inherent safety risks associated with tunnels, we do not permit cycleways in any tunnels.''

KiwiRail's position was a blanket one taken on safety grounds, the spokeswoman said, and meant cycleways in "live'' tunnels were never considered on their individual merits.