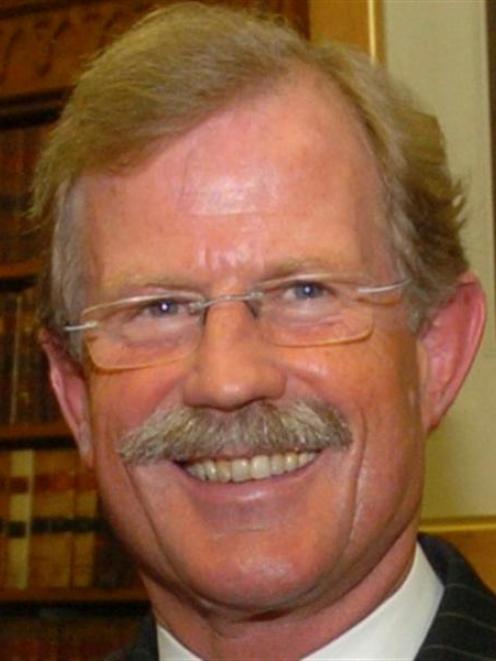 Bruce Aitken
Former Knox College master Bruce Aitken has announced he will not return to his role.

Mr Aitken (61) has been on paid leave for about six months, since shortly after a commission appointed by the Presbyterian Church assumed governance.

The commission overhauled many of the church-owned college's long-standing traditions and tightened rules governing alcohol consumption. It said the changes were necessary following a review, conducted every seven years, which this time found alcohol had been "a concern".

In a statement released yesterday, Mr Aitken said after consultation with the commission he had decided that since he was close to retirement he would do so at the end of October and "hand the implementation of new policies to a new face".

He would remain on the college council, a role he has held since 1979.

Mr Aitken and the commission had reached "an amicable agreement", he said.

"We want to affirm the important contribution Bruce has made to the life of Knox College over his 17 years in this position and an opportunity to acknowledge his service and thank him will be arranged in due course."

Jamie Gilbertson, acting master since February, would continue in that role until a new master was appointed before the 2013 academic year, Mr Baker said.

Mr Aitken's association with Knox goes back to 1969 when he lived there as a university student. He became master in 1995.

In February, hundreds of past and present Knox students voiced their opposition when they learnt about the changes the commission was introducing. They included banning initiation ceremonies, changing the traditional names for some college facilities and personnel, closing the students' bar and dropping the requirement for students to don semi-formal attire at dinner.

At the time, Mr Aitken told the Otago Daily Times he had few concerns about behaviour at the college, but accepted some traditions had to change. He would not explain why he was on leave, but said his absence was not performance-related.

In his statement yesterday, he said he and his wife, Wendy, intended to stay in Dunedin where he "would pursue a number of interests which have taken a back seat during [my] extremely busy tenure as master".

Mr Aitken would not comment further on his statement, a family member said last night.