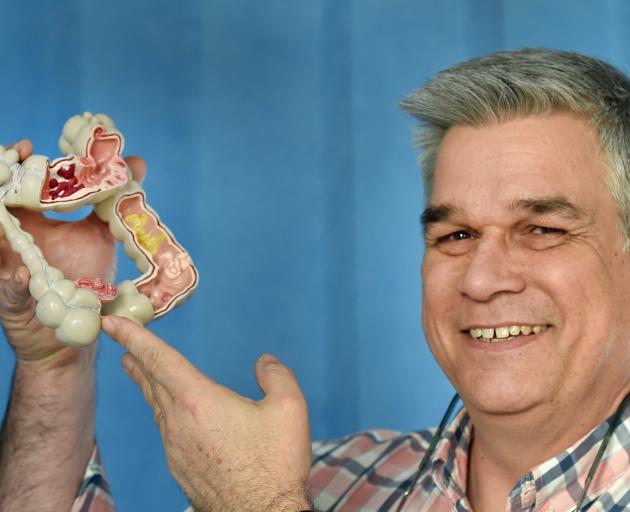 "We need to do something."

Prof Schultz, who heads the department of medicine at the University of Otago’s Dunedin School of Medicine, backs a national petition, launched this week by Crohn’s and Colitis New Zealand.

The petition urges funding of up-to-date therapy for severe Crohn’s disease and ulcerative colitis for patients for whom other treatments have failed.

The petition seeks for Pharmac to fund a medication called Ustekinumab, approved by Medsafe in 2018.

Inflammatory bowel disease (IBD) often affected young people in their teens or up to mid-30s and explaining what surgery meant was difficult, given they had been denied some modern medicines available in other developed countries.

He said he had six patients at the Southern District Health Board who no longer responded to the available medications.

New Zealand has the world’s third-highest rates of IBD and more than 20,000 New Zealanders live with Crohn’s or colitis disease.

When Prof Schultz had previously served as president of the New Zealand Society of Gastroenterology, the society had "tried to reason with Pharmac".

"We showed them the evidence why these medications work and why they are important for our patients, we write nice letters, pleading letters, angry letters."

He understood that one of the yet-to-be-funded medications, Ustekinumab, was "similarly expensive" as currently available medications.

The situation was "devastating" for some patients left with no alternative to surgery.

Pharmac worked to get the best health outcomes for New Zealanders by funding medicines "within the available budget", he said.

"While we recognise the challenges faced by patients and their whanau, and their understandable desire to try new treatments, our job is to look at all the evidence and make a decision that is in the interests of all New Zealanders," Dr Clark said.