See them before they hit the big time and introduce back-up dancers on moon-hoppers.

The idea for the show came from watching "stupidly lavish'' pop concerts at Vector Arena in Auckland, Moore said.

"We went and saw pop star Selena Gomez and there was a moment with all these back-up dancers on moon-hoppers - there was no reason for it but they have to do something to fill the space and we realised there is so much potential for comedy,'' Moore said.

The comedians chose to premiere the work in Dunedin because they wanted to test it on an unfamiliar audience. 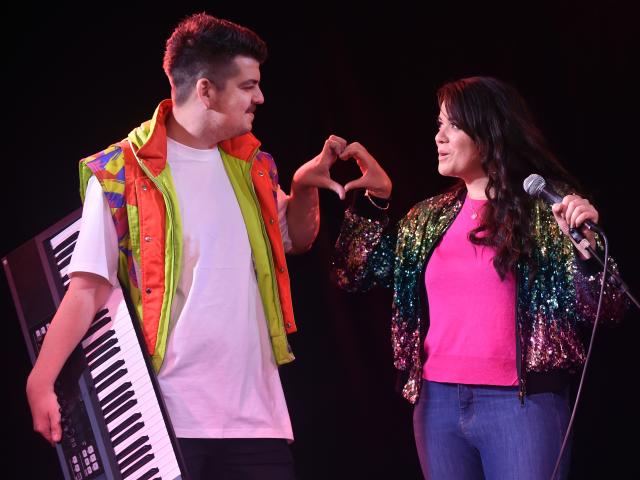 They opted for the early-week shows because Daniel has to be back in Auckland for the live filming of television show Jono and Ben on Thursday.

"So we took the highly sought after nights of Sunday, Monday and Tuesday - just in time for the cold snap,'' Moore said, laughing.

But on a cold Sunday night, Moore warmed the audience by singing the promiscuous lyric: "I want to go down south and I'm not talking about Dunedin''.

"I hope what the Dunedin crowd takes away is you can use the name of their city in a sexy way. I'm all about bringing in local references to dirty talk,'' Moore said yesterday.

Moore "made all the beats'' for the festival show and the pastiche would sit comfortably in a list of top 40 pop songs.

Both comedians "harboured secret fantasies'' of being pop stars and dreamed of a music producer secretly attending the show, Moore said.

"I'm always hoping for that moment the show stops and there is one solitary slow-clap at the back from a man in a suit, who walks forward with a pen and a contract,'' Moore said.

Go and see the show tonight before a contract is signed and the mounting of moon-hoppers begins.