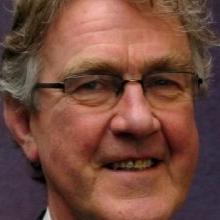 At a meeting of the full council, councillors, including Cr Deaker, voted nine to one to include funding the stadium in the long-term council community plan, confirming a committee decision a fortnight ago.

However, minutes earlier in what led to a heated discussion, Cr Deaker en-deavoured to get the recommendation sent back to committee because of the "constantly changing landscape" around the stadium, including private sector funding increasing to $55 million and the struggles to find a naming rights sponsor.

Sending it back to committee reflected the council's legislative obligations to be "prudent" and not extravagant on behalf of the community, he said.

He was supported by Cr Bryan Scott, who said if it was up to him the stadium project would stop here as it did not stack up, and by supporting the proposal the council was being "negligent in its operations".

It also meant the council was ignoring those who submitted, the fact the stadium had no anchor tenant and the impact it could have on council-owned Port Otago, whose funds they planned to use.

Cr David Shepherd said councillors were the trustees of public funding and the onus for funding the stadium needed to go back on the private sector instead of ratepayers taking up the risk and uncertainty.

He was also concerned about the heavy reliance on Port Otago funds, saying he did not want the "golden goose plucked bare".

They were supported by Cr Gerry Eckhoff in the vote, which was lost 6-4.

Cr Deaker said after the meeting he supported the final vote because it became clear he could not win.

"You can only fight so long. Today, I thought it was the best thing to do for the sake of the council. It was a conciliatory gesture."

He was "really, really disappointed" as he had thought his motion might appeal to one or two of his colleagues, but they were "clearly resolute", Cr Deaker said.

In the future, he doubted his opposition to the proposal would stop, as he still had concerns supporting the stadium as well as planning a new office block was "a massive commitment".

Crs Eckhoff and Shepherd also voted for the final recommendation.

However, afterwards, Cr Eckhoff said he misheard the recommendation and did not intend to support it.

"It is an embarrassment to me. But people are in no doubt over where I sit [on the issue]."

Cr Shepherd said he voted for the final recommendation because that at least meant the conditions attached to the council's support of the stadium would stay.

Cr Shepherd said the way he read the recommendation, if he voted against it, he would have been voting against the conditions.

Cr Butcher said the council had already debated the issue and did not see any new evidence or ideas which required another look.

Any attempt to do so would just slow the process, he said.

"Prudence is there in every decision we make. It does not mean we do not do anything."

Cr Stephen Woodhead said the process had been robust and he did not believe any further information was needed.

"I respect all councillors' opinions . . . but there is clearly two separate camps."

Chairman Stephen Cairns said he had agonised over the decision and at various times had doubts, but they had put stringent conditions on the funding which meant there were "significant hurdles" to be overcome by February next year.

Port Otago had assured the council the obligations were achievable and did not put them under any duress, he said.

Cr Gretchen Robertson said the council had not ignored public feeling - it had listened, sought more information and moved forward.

"We need to come together celebrate recreation and celebrate our region. There will be spin-offs."