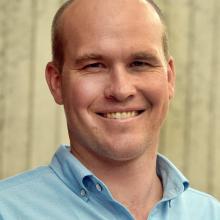 On Friday, results from 65 samples taken between February 12 and 16 all came back below detectable levels for lead.

That included eight different sample locations in the river, the plant and the distribution network.

Samples taken from sediment in the Waikouaiti raw water reservoir on February 10, before it was drained, showed lead levels of 17.025mg/kg.

A "do not drink" notice was put in place on February 2 for the area after six tests in the past six months showed concerning levels of lead.

The highest level detected was almost 40 times the acceptable limit.

Results from sediment samples take on February 15, after the reservoir was drained, were still pending, but the February 10 results did not indicate any elevated lead readings within the reservoir, Mr Dyer said.

“We are continuing to investigate the source of the intermittent elevated lead levels, and will be updating the community on progress at the next public meeting on March 5,” he said.

The nearby Kiatoa Reservoir, which services part of the Waikouaiti network, will also be drained and inspected this week as part of the ongoing investigation, Mr Dyer said.

After conducting an aerial sweep of the catchment, searching for possible sources of contamination, council staff have also carried out more detailed testing as part of a catchment risk analysis.

Analysis of the results was continuing this week.

Mr Dyer said he wanted to reassure members of the public who might have noticed an unusual smell when using tap water for showering in the affected communities.

“We have increased the levels of chlorine added at the Waikouaiti water treatment plant to kill any bugs. We needed to do this to account for reduced water consumption in parts of the network, but no other changes have been made to any of our other normal water treatment practices.’’