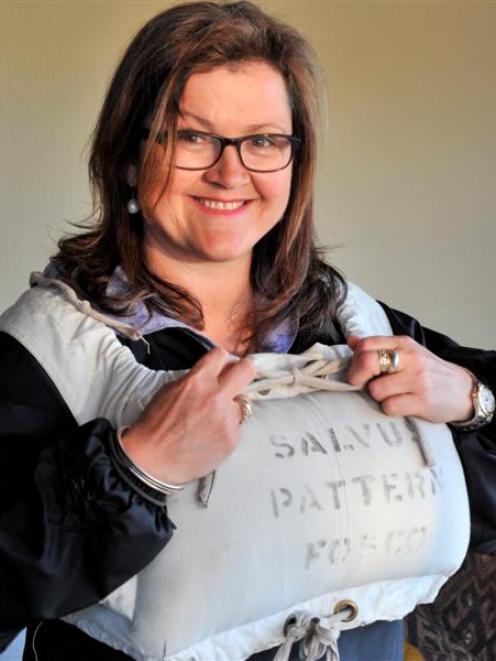 The Drowning Country film-maker Caroline Fitzgerald with a kapok-filled life jacket in Dunedin yesterday. Photo by Linda Robertson.
A Dunedin woman credited with saving thousands of lives is celebrated in a documentary which premieres 50 years after her death next week.

The Drowning Country tells the little-known story of Orpheus Beaumont, who designed the ''Salvus'' kapok life jacket used by the British Royal Navy during World War 1.

The film was made by her great-granddaughter, Dunedin author Caroline Fitzgerald (48), who learned of the family history only a decade ago while researching another story.

Mrs Beaumont (nee Newman) was named after New Zealand's worst maritime disaster, HMS Orpheus, which sank at the entrance to Manukau Harbour on February 7, 1863. Of the 259 men on board the steam corvette, 189 perished.

''She was haunted as a child with drowning. She believed she was possessed by the souls of drowned people and that the sea wanted to take her,'' Miss Fitzgerald said yesterday.

''I think inventing the life jacket was her way of beating the sea. It was a way she could help in the struggle against the sea.'' 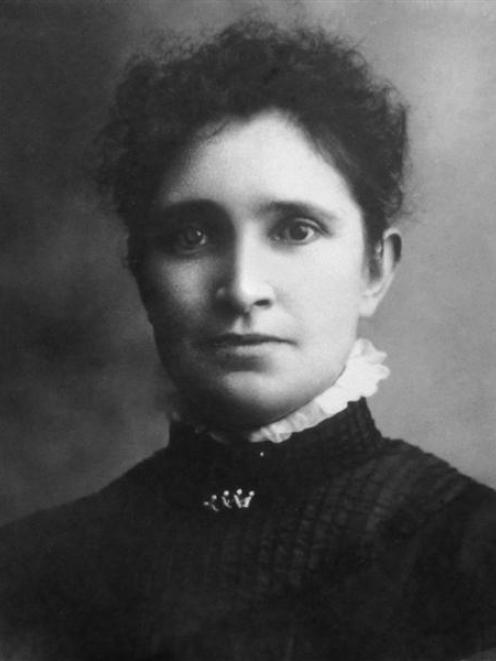 In response to the Titanic tragedy, the British Board of Trade held a competition to invent a better life jacket than the existing cork model.

Mrs Beaumont designed a life jacket made from a cotton-like material harvested from the kapok tree, which replaced rigid cork as life jacket filling until it was superseded by foam at the start of World War 2.

She was born in Jersey in 1863, but emigrated to Dunedin in 1870 with her family and later married Union Steamship Company captain Norman Beaumont. She died in 1951, aged 88, and is buried in the Karitane Cemetery.

Her four grandsons, doctors Beau and Norman Fitzgerald, optometrist Matheson Beaumont and Anglican clergyman and lawyer Gerald Fitzgerald, all lived in Dunedin. The 25-minute documentary also highlights New Zealand's high drowning rate, which is the third-highest in the world, per capita.

The Drowning Country will premiere at the University of Otago natural history documentary festival at the Regent Theatre next Friday.