Light over Dunedin 'rarer' than a meteor (+ video) 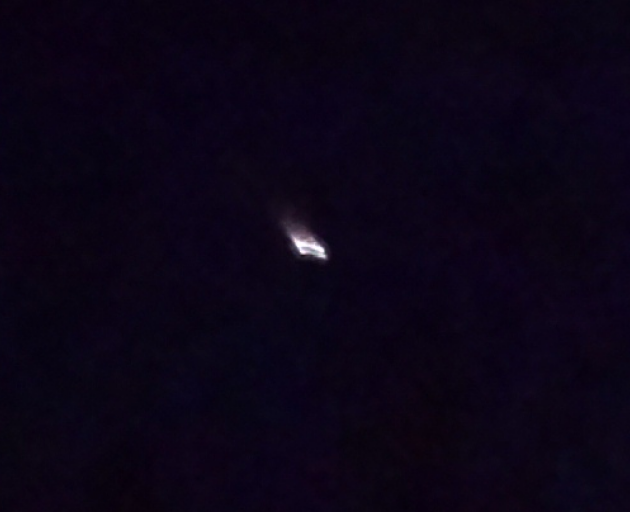 The light just before it disappeared. Photo: Kelvin Read
A large fireball which flashed across the South Island this evening was not a meteor, but debris from an orbiting spacecraft, a leading astronomer says.

The red fireball was spotted by hundreds of people when it entered the earth's atmosphere about 6.30pm.

"It's not a meteor, I'm certain of that.

"It took too long to go across the sky."

Mr Gilmore said the flash had all the characteristics of a re-entry of debris from a space craft, or piece of equipment which had been orbiting earth.

Mr Gilmore said the only other such case in Southern skies he knew of happened about 10 years ago.