Locusts on the menu at Dunedin bar (+ video) 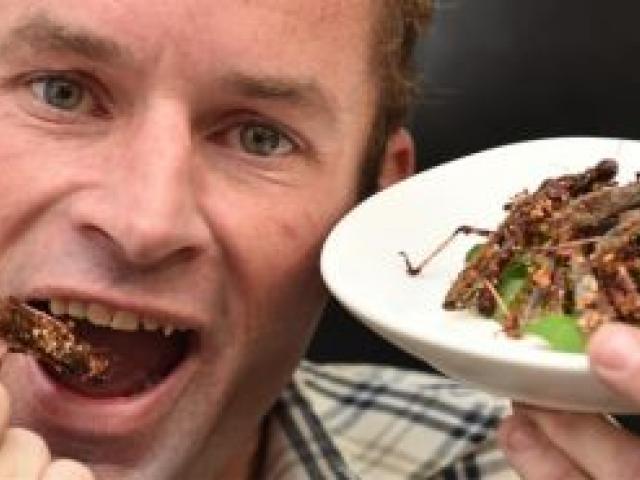 Locust farmer Malcolm Diack yesterday gets ready to eat a locust he raised in Dunedin. Photos by Peter McIntosh.
When I order a grasshopper at a bar, I expect to be served a cocktail. But consider this a warning, because next time you are in Dunedin, you might find your order has a bit more kick. 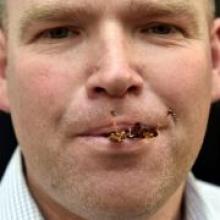 The species of winged grasshopper can be ordered fried with chilli salt, or alive and kicking chased with a shooter.

Will people swarm to Dunedin to eat a locust? I had to have a taste.

The first locust had his wings and legs neatly tucked in and easily slid down my throat.

Brimming with confidence, I grabbed another but a splayed leg got lodged in my epiglottis.

Under my breath, I thanked my hosts and quickly departed for a cough and a drink.

Some of the staff had enjoyed the sensation of a live locust "running around in their mouth'' and likened the taste to a prawn or peanut butter.

"It hard to believe because they're ugly-looking things but they are actually really, really tasty.''

The popularity of the snack would dictate the price, he said.

Mr Diack, of Otago Locusts, said he farmed about 3000 locusts in a shed at his Dunedin home.

"I spend my days picking grass, feeding the locusts and fattening them up.''

People ate locusts in many African, Middle Eastern and Asian countries and it was only a matter of time before the low-cholesterol snack became common in New Zealand.