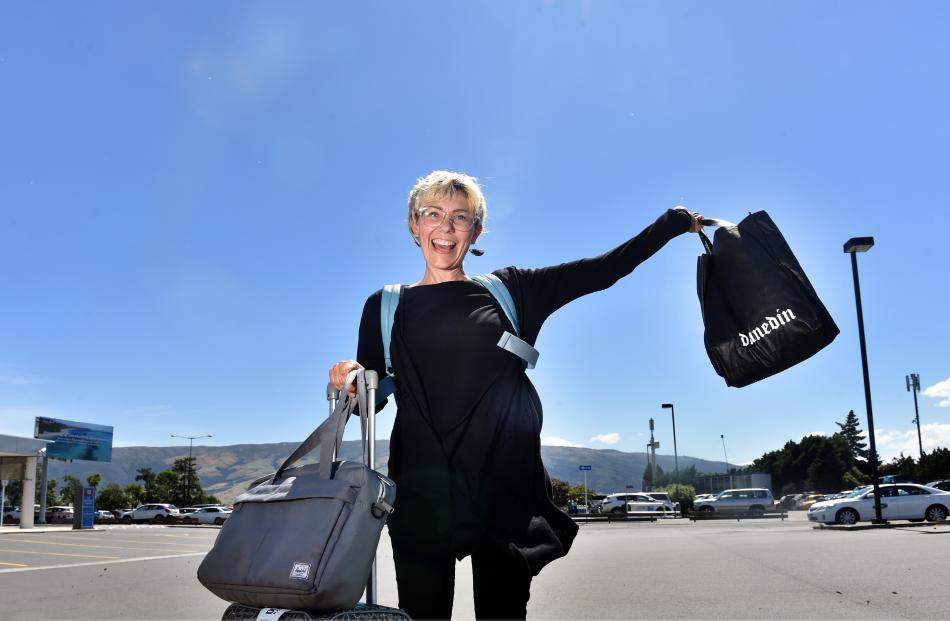 The millionth passenger to go through Dunedin in the past 12 months, Bonyta Watson, of Auckland, celebrates outside the airport yesterday. Photos: Peter McIntosh 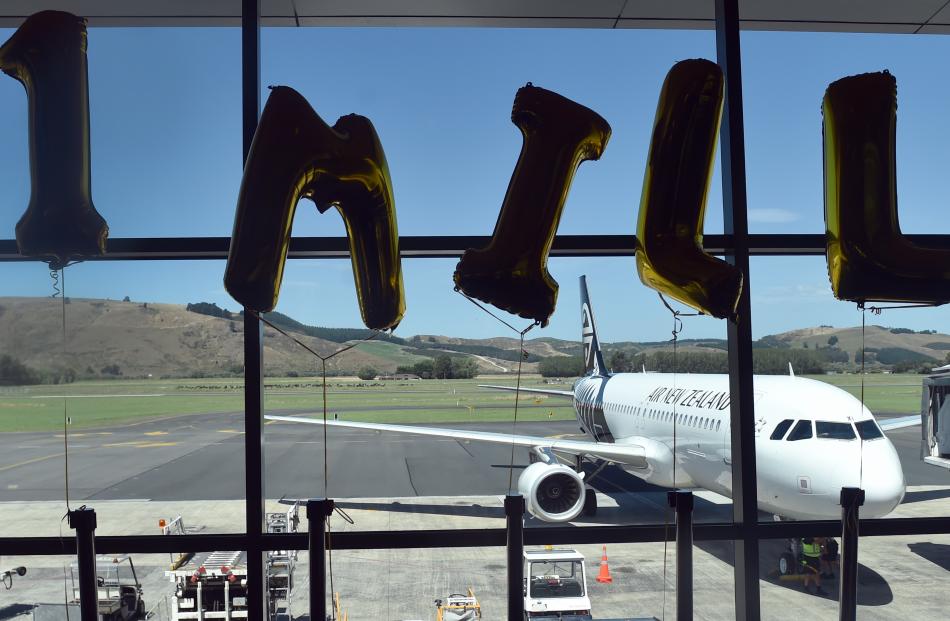 Balloons mark the millionth passenger at the airport.

Dunedin Airport passed a major milestone yesterday as the millionth passenger in the past year passed through the airport's terminal.

More than 1 million passengers, both inbound and outbound, have passed through Dunedin Airport since January last year, up about 50,000 on the previous 12 months.

Auckland audiologist Bonyta Watson had just arrived on the 2.15pm flight from Auckland on a business trip, when she was told she was the airport's 1 millionth passenger.

For being number one million, she was given two tickets to the Pink concert at Forsyth Barr Stadium later this year and free flights to Dunedin and accommodation.

In addition to the increase in passenger numbers the airport is working on a plan for an expanded terminal.

Dunedin Airport chief executive Richard Roberts said the introduction of extra domestic flights had resulted in the jump in passenger numbers in the past year.

''Before you can bring passengers in they've got to have somewhere to sit so you've got to bring more capacity and more aircraft.''

Work on the planned terminal expansion at the airport had started and an announcement would be made soon, Mr Roberts said.

''The design team are on board and the work has already started but at the moment we are still talking to airlines about design and cost, but this is going to happen - it's got to happen.''

The recent announcement by Air New Zealand of an additional 17,000 seats a year between Auckland and Dunedin was the result of hard work behind the scenes, Mr Roberts said.

About a third of the passengers travelling through the airport were tourists,

while the rest were split between locals and those who came to the city for work, he said.

''I would dearly love to see the holiday sector to get bigger and particularly inbound where there is massive growth potential.''

To be competitive with Christchurch and Queenstown airports there had to be more investment into Dunedin, he said.

''Queenstown has just cracked the 2 million passenger mark so that gives them some deep pockets to go back to invest in their promotion.''

''So I'd love to see all those invested in tourism in Dunedin come together and figure out a way to invest in the airport.''

There were no immediate plans to expand the number of international flights but the airport was regularly talking to airlines about the possibility, Mr Roberts said.

''Our Brisbane flights are doing well but they can always do better and we're constantly talking with airline partners about other international opportunities.''