A 'major shot in the arm' 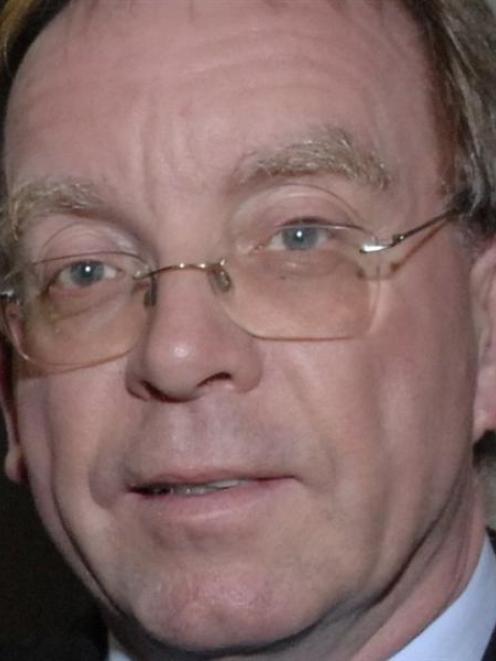 John Patrick.
A University of Otago plan to spend more than $600 million on infrastructure will be a ''major shot in the arm'' for the Dunedin construction industry and create hundreds of jobs.

Chief operating officer John Patrick revealed the figure at the university's council meeting yesterday, saying it had earmarked ''more than $600 million'' in spending as part of its priority development plan.

Most projects that were part of the plan - which included the upgrade of the university's dental school - would start in the next two years, Mr Patrick said.

The latest amount tagged for infrastructure spending represents a more than $240 million increase on the figure provided to the Otago Daily Times last year, when the university said it was budgeting $358 million for construction projects, from 2012 until 2020.

At that time, there were 22 projects in its priority development plan, 20 of which were in Dunedin.

Naylor Love chief executive Rick Herd said the university's building programme would be a ''major shot in the arm'' for all participants in the construction industry, including main contractors, subcontractors and suppliers.

''I would expect $600 million worth of work in Dunedin would represent hundreds of jobs for the region overall,'' he said.

The question would be whether the jobs could be sustained in the city.

''We need to be looking at a sustainable construction industry ... [so people] aren't going to have come in for those projects and leave again, because there is nothing else afterwards.''

The revelation from the university came as the construction industry in New Zealand was ''generally on the up'', but Dunedin had been ''lagging a little bit''.

''It's very encouraging to see the renewed level of opportunity in Dunedin,'' Mr Herd said.

Vice-chancellor Prof Harlene Hayne earlier this month said the university council would soon vote on the order in which projects on its priority development plan would be undertaken.

''We are looking at some of the biggest capital development this university has ever seen ... over the next five to eight years,'' she said.

''It's an incredibly ambitious series of building projects and really just signals the fact that the university is in really good heart.''

News of the planned $600 million spend on new infrastructure comes as it yesterday reported an ''excellent'' operating surplus of $36.5 million last year.

Mr Patrick said the surplus was larger than expected mainly because of ''one-off'' items, including almost $8 million worth of insurance payouts from the Christchurch earthquakes.

The university reached an agreement in December with its insurers on the final costs of the repairs to the medical school buildings in Christchurch.

''These buildings were heavily damaged in the devastating 2011 earthquake, '' he said.

Another one-off item was the ''stunning success'' in the market of Pacific Edge Ltd, a publicly listed biotechnology company which originated at the university.

''The university enjoyed unrealised gains of almost $2.5 million from the increase in the value of its shareholding [in Pacific Edge] at year end.''

A further $1.9 million was also added to the surplus after an unexpected reduction in the estimated cost of future staff retiring gratuities, long-service leave and sick leave.

The result was also testament to ''prudent financial management'' and savings made by university staff and was an ''excellent result'' even after allowing for the one-off items.

The university finished the year debt free and with $92.3 million in cash on hand, which was tagged to be spent on construction.

Maintaining strong cash flows was ''key'' to funding new investment in campus infrastructure, especially given the ''major building projects we have got coming up over the next year or two''.

''The largest of which ... is the dental school, which is likely to be the single-largest project ever undertaken by the university,'' he said.