By Hamish MacLean
1 Comment
Prof Sir Jim Mann says he is "not a great one for titles".

Formality does not sit easily with the Dunedin doctor, teacher and researcher, he says.

Yet today, the 77-year-old health specialist has been awarded one of New Zealand’s highest honours as he becomes a Knight Companion of the New Zealand Order of Merit.

"Virtually everybody calls me ‘Jim’, including some of my grandchildren.

"I couldn’t think of anything worse than for it to be anything else than that.

What he and others had aimed to do was make a difference in society. 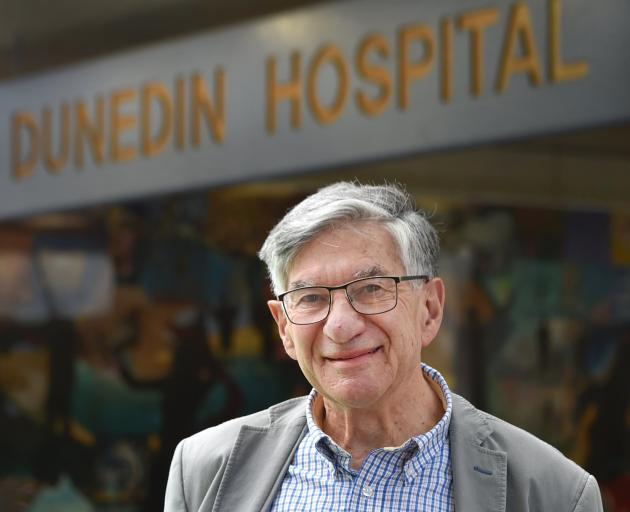 Prof Sir Jim Mann, of Dunedin, believes he has received the honour of a Knight Companion of the New Zealand Order of Merit because he and many of his colleagues have been driven to make the world a better place. PHOTO: PETER MCINTOSH
Sir Jim has pioneered research into non-communicable disease prevention and management at the University of Otago’s departments of medicine and human nutrition since 1988.

His epidemiological and nutrition-related research, published in almost 400 scientific publications and 90 book chapters, has informed world-leading interventions in the fields of coronary heart disease and diabetes.

He has led committees that have developed international and national guidelines for the management of obesity and diabetes, and cardiovascular disease risk assessment.

Since 2015, he has been director of Healthier Lives — He Oranga Hauora National Science Challenge, which aims to reduce the disease burden associated with four of New Zealand’s major non-communicable diseases, and achieve equity of health for all New Zealanders.

He is a board member of the Heart Foundation and was previously medical adviser to Diabetes New Zealand.

He has been appointed by the World Health Organisation to lead and serve on numerous advisory groups and centres, including the collaborating centre for human nutrition, the nutritional guidance advisory group and the expert advisory panel on nutrition.

Sir Jim was the inaugural director of the Edgar National Centre for Diabetes and Obesity Research, helping to raise more than $120million in research funding, and he is at present its co-director.

He was awarded the Royal Society of New Zealand Sir Charles Hercus Medal in 2004, the Dunedin School of Medicine Distinguished Researcher Award in 2005 and the Himsworth Award from the European Association for the Study of Diabetes in 2012.

He was made a Companion of the New Zealand Order of Merit in 2002.