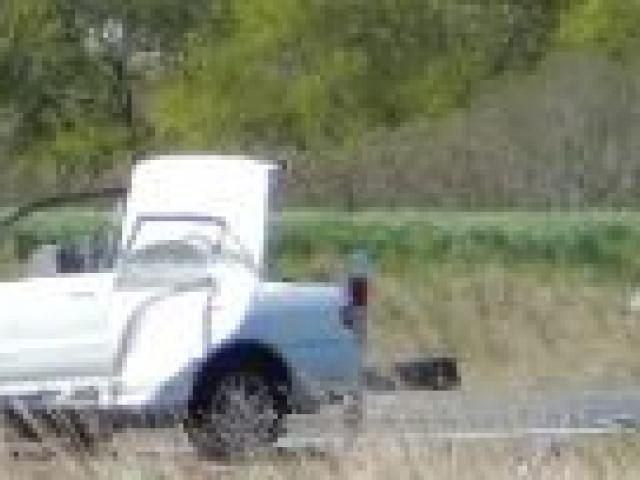 Madison Luke Ford-Greeves died at the scene of the 12.40am head-on collision on Centre Rd.

He was driving one of the cars.

The female driver of the other car remains in hospital, still too seriously ill yesterday to speak to police.

Sergeant Ed Baker, of Dunedin, said one of the vehicles was taking part in the regular Friday night ''drag-train'' that often took a route including Centre Rd.

He declined to confirm which of the vehicles was part of it.

It was not clear if the other vehicle had also been on the drag train, he said.

The vehicles, a white Mitsubishi saloon, and a red Holden saloon, were extensively damaged.

The Holden appeared to have been torn in half by the impact.

Speed was a factor in the collision, but the results of toxicology tests would determine if alcohol or drugs were factors.

Police were still working on which car had crossed the line, but had spoken with multiple witnesses, Sgt Baker said.

• Police believe a young driver killed in a Wairarapa road accident veered on to the wrong side of the road before smashing into a bank.

Senior Sergeant Carolyn Watson, of Masterton, said the man, described as being aged in his 20s, was the only occupant of a car travelling south on State Highway 2, near Mt Bruce, when the crash occurred at 9am yesterday.

• A 14-year-old boy died after the four-wheel-drive vehicle he was in rolled on a gravel road near Turangi just before 12.30pm yesterday.

The two other 14-year-olds involved - a boy and a girl - suffered minor injuries. Police said they were still investigating who was driving the vehicle.

• A pedestrian died after being hit by a truck near Feilding at 2.15pm yesterday.

Police said the man was on State Highway 3, between Sanson and Palmerston North, when he was struck by the truck.