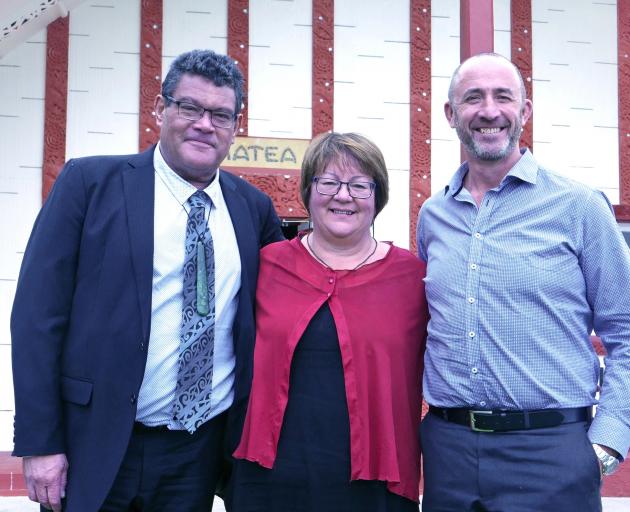 Nationally, Maori health statistics usually lag well behind total population and health targets and the SDHB's area is no different, with Maori figures particularly poor in dental health of under-5s, avoidable admissions to hospital and participation in screening programmes.

"I took the challenge up because I thought it was a way I could contribute to the Maori health cause and I really appreciated the approach the SDHB wanted to take, specifically the inclusion of primary and community care," Mr Taurua, whose role straddles both the SDHB and WellSouth primary health organisation, said.

"It's an exciting opportunity to try and line up the whole of the health system.

"We don't have a clear strategic Maori plan and I'd be keen to develop a short-term long-term plan and to work with iwi governance to get that endorsed."

Directorate members were welcomed to their new role recently at Otakou marae.

Mr Taurua said they intended to provide leadership in the sector, not just to Maori health providers but also to nongovernmental organisations.

"Disparity-wise Southern - and particularly the southern part of our region - have challenges, and we have to make sure we place a greater emphasis in those communities."

While some of the region's Maori health statistics are grim, the picture is not totally bleak.

This year Te Kaika health hub has opened, and Mr Taurua was full of praise for the work the Caversham facility and its Brockville satellite centre were carrying out.

"It's just so impressive to see, particularly the dental chairs," Mr Taurua said.

"They are accessing communities which probably were never being serviced historically."

Doubts have been raised recently over whether the Government's target of becoming smokefree by 2025 was achievable, but Mr Taurua said every effort had to be made to try to achieve that goal.

"If we can support some of that activity we will obviously reduce a range of other disparities."