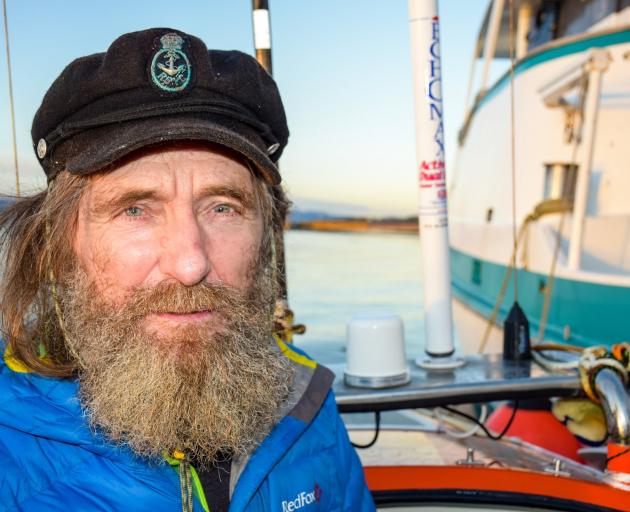 The 68-year-old explorer completed a 11,525km journey in a row boat from the Port Chalmers Yacht Club to Cape Horn, Chile, in May last year — during which time he spent 154 days at sea.

It was the first of three legs of an attempt to be the first person to row around the world.

He was to start the second leg late last year, but instead he decided to put it on hold and pursue another world-record bid — to become the first person to sail a solar-powered catamaran across the Atlantic and Pacific Oceans.

He and his international team have been building the catamaran Nova in the United Kingdom.

Recently, solar panels produced in Russia were installed on the hull.

"The catamaran will also be fitted with two electric motors [1.5kW each] and standard navigational equipment."

The vessel is due to undergo sea trials before it is dismantled and shipped to the Canary Islands, where Mr Konyukhov hopes to begin the first leg, the Atlantic crossing, in February.

The 3000 nautical mile crossing from Teneriffe to Antigua, in the Caribbean Islands, was expected to take about 25 days.

The catamaran would be sent to England for servicing and then sent to South America for the second leg, where he would make the 9000 nautical mile crossing of the Pacific Ocean in autumn 2022, arriving in Australia about six months later.

The project’s main goals were to test technology and study the ecology of the world’s oceans, he said.

"The catamaran will be fitted with a special device designed to collect debris from the surface of the ocean [a special net strung between the floats].

"Another goal of the project is to test the Russian hetero-structural solar panels, built by the company Khevel, under the conditions of constant running in the ocean over the course of many months."