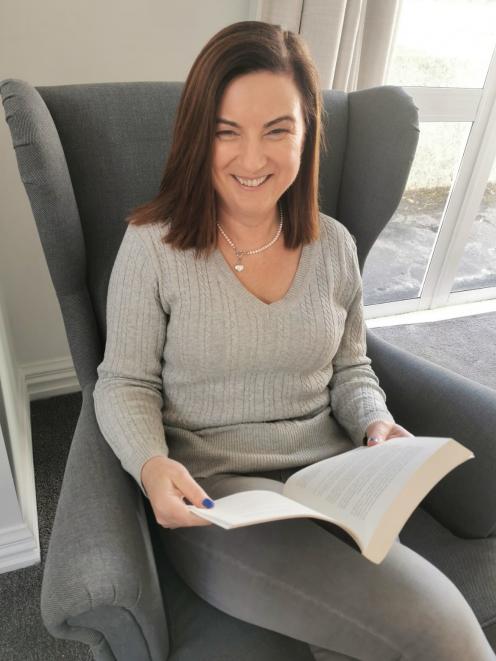 University of Otago Eamon Cleary Irish Studies Professor Sonja Tiernan has organised a poetry reading and fire-dancing event to celebrate the Celtic festival of Samhain. PHOTO: SUPPLIED
Costumes and masks at Halloween are seen as something for children to wear, but once they were a sensible precaution to confuse the vengeful spirits of the dead, returning to carry people off to the underworld.

And while nowadays carved pumpkins are decoration, Jack O'Lanterns are named after a mythical Irish drunkard known as Stingy Jack - a man of evil deeds who through a broken pact with the devil roams the countryside with only a hollowed-out turnip to light his way.

The University of Otago's Centre for Irish and Scottish Studies is going back to the origins of Halloween, holding a Samhain "summer's end" festival outside the Dunedin Public Library next week, with fire dancers and a poetry reading from special guest Irish novelist and poet Cherry Smyth, reading from her work Famished.

Stuart Chair of Scottish Studies Prof Liam McIlvanney was calling on the city to reclaim Samhain, also the Celtic New Year, as part of its heritage.

"Right up until the late 1950s, the Dunedin Burns Club held Halloween concerts which attracted huge audiences. And of course, Robert Burns (whose statue has pride of place in the Octagon) wrote the definitive record of the popular customs surrounding Halloween in his famous poem of the same name.

"It's frustrating to see so many Dunedinites mistakenly assuming that Halloween is a recent American import; it's a festival that has deep roots in Dunedin's Celtic past and should be celebrated as such."

Co-organiser Eamon Cleary Chair of Irish Studies Prof Sonja Tiernan said Samhain marked the end of the northern hemisphere summer and the beginning of winter in that half the globe, and was primarily a time of celebration - both to mark the end of the harvest and to connect with those who had died.

Druids would build huge fires in prominent outside spaces in towns and villages where the community could gather and honour their dead.

In many ways the festival was "a positive way to help people grieving for loved ones lost that year".

"This overlapping moment in time meant that passage between this world and the Otherworld was possible, if not probable."

Good spirits could return in the form of a black cat. However, Samhain also had a "dark side" which had perhaps influenced the modern version of Halloween, as spirits could also return to take revenge on a person who had wronged them, carrying them off to the realm of the fairies.

Samhain will begin outside the Dunedin Public Library at 5.30pm on October 31 with a performance of the Dunedin Fire and Circus Club.

Ms Smith will then perform Famished in the library- which she had staged in many countries to "glowing reviews", Prof Tiernan said.

"The performance tackles how colonialism was instrumental in starving the Irish people and the silence generated by trauma and shame that ensued."