The design of public toilets in New Zealand has changed radically over the past 100 years, says Dunedin's 'Loo Lady' Alison Breese.

Her interest in lavatories was sparked about 10 years ago when a member of the public asked the council archivists for information about underground public toilets in the Octagon in Dunedin's city centre.

She started researching the subterranean public loos, which were the first public conveniences built for women in Dunedin in 1910. 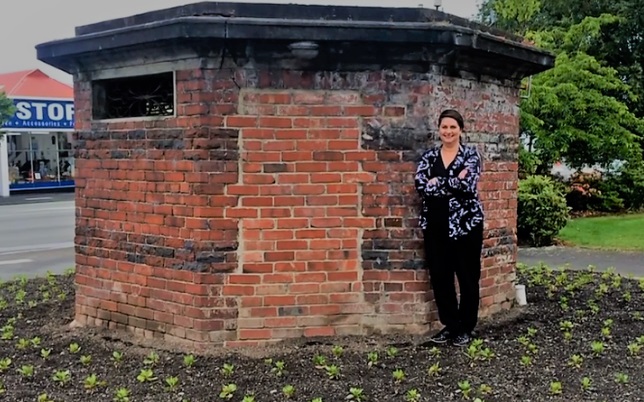 Alison Breese Photo: https://loolady.nz/
Breese wondered why underground toilets had seemed like a good idea - and why we no longer build them.

"The underground design was part of the Victorian idea of... modesty around being in public and needing to go to the toilet," she said.

"It was keeping it all underground, out of sight, the smells were kept underground was the idea, so they would not be offending anyone."

"There was all this real effort to keep it all hidden, to hide the embarrassment of needing to go to the toilet - even though everyone needed it." 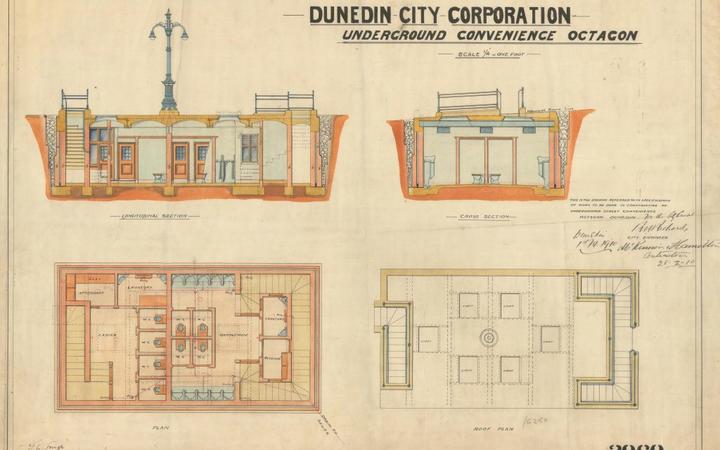 Historic watercolour plans for the underground toilets in the Octagon. Photo: Supplied / DCC
Today's toilets, which offer audible warnings that the door will open after 10 minutes, are strikingly different.

"I always have a bit of a laugh with the new style of toilets with electronic doors and so on - they're the complete opposite of how the undergrounds were designed to be hidden away.

"The electronic ones, you go in and the doors all face onto the street and you always have that fear it's going to open up when you're in there."

Before the three discreet underground loos were opened in Dunedin in 1910, men could pick from about 10 brick public toilets above ground, but ladies had to hold on, Breese said.

"There were no public toilets for women at all in Dunedin before that time, which is quite late in time period. So you basically had to hang on or go at home, or if you were more well to do you could go to department store restrooms if you were a woman. 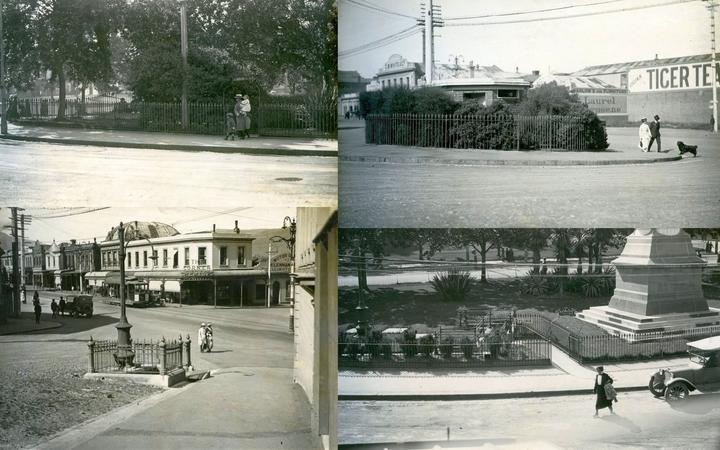 In the late 1800s and early 1900s, the men's brick toilet blocks above ground cost about 70 pounds, while the underground toilets in the Octagon cost 3000 pounds, she said.

Breese has won heritage protection within the city's district plan for a toilet block in Manor Place that was built above ground in 1912. She has applied for it to be nationally recognised by Heritage New Zealand.

While the last of Dunedin's underground toilets were closed in 1989 and they have since been demolished, the Manor Place loos remain an intact example of toilet design in the early 1900s.

"It's been blocked up for the last 30 years and has never been accessed and never been modernised, so everything in it is original from 1912, so it's quite important in the way it shows us not just what it was like, but what the other [underground] style of toilets were like.

"They were meant to be very aesthetically pleasing. They all had wall-to-wall white tiles, with arts and crafts style feature tiles. They had kauri toilet roll holders and marble surfaces." 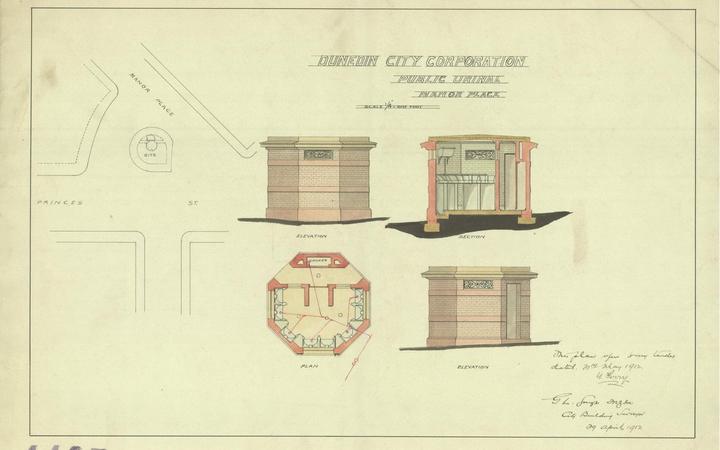 Historic watercolour plans for the Manor Place toilets. Photo: Twitter / @aliheritage
While the underground toilets were designed to be pleasant places to respond to the call of nature, Breese has collected many tales that say they were pretty gross.

"The public... remember them as being quite dark, smelly places.

"I've had lots of interesting stories about people using them and how women never used them alone - they would go down in pairs - and someone would sneak into the men's ones because the women's ones were shut."

Until the 1950s, attendants worked eight hour shifts in tiny rooms in the underground toilets, cleaning them and making sure towels were available, while another worker would collect the penny from people 'spending a penny'.

By the 1960s, cleaning contractors had replaced toilet attendants and everything changed. Toilets were then designed with graffiti-proof stainless steel surfaces, but that did not stop people vandalising public loos, Breese said.

"The worst offenders in the 1950s and 1960s were young teenage girls with their nail files... scratching their names in and with nail polish as well on the walls - so there are lots of complaints of that group causing problems."

Later this year, Breese will find out if the Manor Place toilets will get national heritage status.

She hopes people will be able to go have a look at the ways we once decorated our little rooms and to offer a "mini museum", with information about the history of some of the city's oldest public toilets.