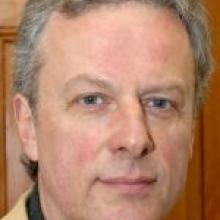 Lee Vandervis
Dunedin Mayor Dave Cull has stuck to his claims the board of Dunedin City Holdings Ltd was responsible for formally acknowledging it could not provide the money required by the city to pay its debts.

Mr Cull has also fended off criticism by Cr Lee Vandervis, who on Saturday claimed the mayor was "misrepresenting the truth" about council debt, and when he discovered the extent of the problem.

The issues resulted from Friday's announcement DCHL would not be able to come up with $8 million of annual dividends to help pay for multimillion-dollar spending in the past few years.

That figure was made up of a $5 million-a-year shortfall in the DCHL dividend, and $3 million from DCHL provided for in Dunedin Venues Management Ltd's (DVML) statement of intent, a figure that was "not sustainable".

DCHL chairman Cr Paul Hudson said late on Friday council finance and corporate support general manager Athol Stephens had attended all company meetings, and it was his job to keep the mayor updated.

He also said Mr Stephens had advised the holding company recently he had no further need for it to supply the $3 million for DVML, as he had achieved the result through other means.

Mr Cull responded he still believed it was the responsibility of the DCHL board to "inform the council formally of anything they want to inform it of".

He said it did not change the situation if the $3 million could be found elsewhere.

"That doesn't change the fact that DCHL has said 'we can't sustain the dividend stream' the council budgeted for on the basis of what DCHL said they could manage."

Cr Vandervis on Saturday responded to calls to all councillors for comment on the issue, and used the situation to attack Mr Cull. He accused him of "misrepresenting the truth", by saying he was only now aware of a situation Cr Vandervis said he and others had been aware of for years.

He said it was time for Mr Cull to "come clean and tell us what the whole story is - the whole debt issue".

He said his fellow Open Democracy candidate Calvin Oaten had been saying since 2007 DCHL would not be able to deal with the burden of propping up the council.

The shortfall was not an $8 million a year shortfall, but closer to $13 million a year, because supposed profits from the Forsyth Barr Stadium were "illusory".

'What he's claiming is this is something new; he's just found out about it."

But Cr Vandervis said Mr Cull knew about the issue, had known about it for a long time, but was still voting for spending on issues like the Logan Park redevelopment.

"Mayor Cull basically pushed this all through council.

"I was gobsmacked when Mayor Cull and his cabal all voted for those things."

Mr Cull responded it was his efforts that were behind setting up the liaison committee to get to the bottom of the issue.

He had said at forums like the Stop the Stadium Town Hall meeting in 2009 the companies were being put at risk. There had been growing concern about the issue, but the council had not been able to get "clear, consistent information from DCHL".