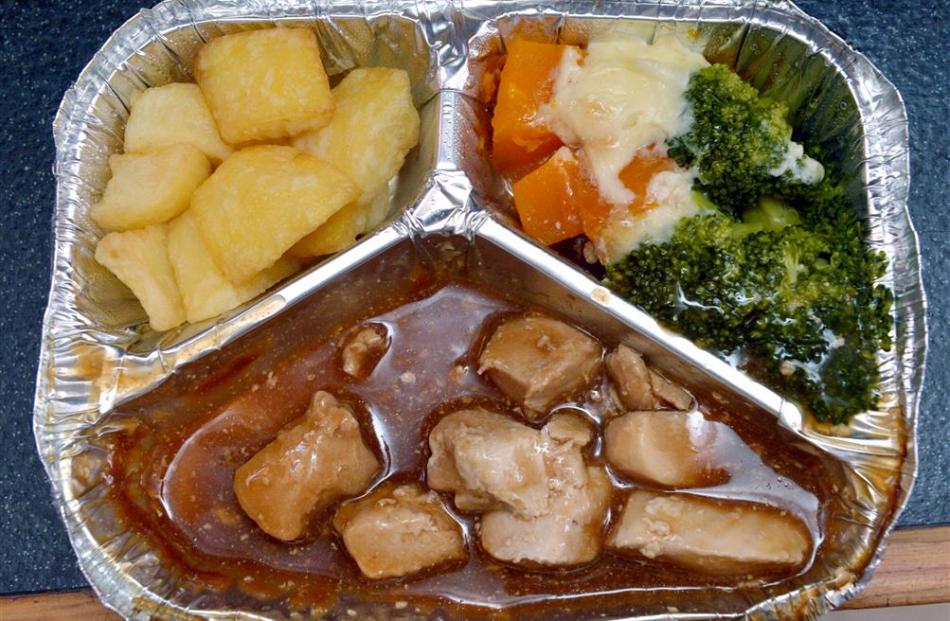 An outcry over the quality of the frozen meals being trucked from the North Island has prompted a special meeting in Dunedin today between Southern District Health Board and senior Compass Group staff.

It comes as a University of Otago human nutrition authority has warned the cash-strapped health board may lose more money than it saves from the outsourcing if people will not eat the food.

Associate Prof Winsome Parnell said the board might need to rethink its scheme as it could affect the health of older people. It was likely the meals on wheels met nutrition requirements, she said, but if they tasted bad, people would not eat them.

"It's not nutrition unless you eat it, which means it's got to be palatable to the recipients. I have to say I was apprehensive about the whole thing.''

The health board might need to consider either bringing the meals production back in-house, or paying more for a better frozen meal, she said.

She emphasised it was likely that Compass was meeting its contractual obligations.

"The people here who made the decision to bring [the meals] down from up north did it on the basis of cost, but at the end of the day, if it's not eaten, there will be less healthy elderly, and that will cost them.''

If older people did not eat well, their health deteriorated, and they were less able to cope at home.

"If they cancel meals on wheels and they can't afford alternatives, there's a question mark over them maintaining health.''

Asked if people should eat the meals for the sake of their health, she said that would not work.

"Do you and I eat something that we really don't like the taste of?''

A statement from chief executive Carole Heatly said Compass Group's chief operating officer and supply chain director would visit Dunedin to discuss the concerns. She said 11 people had cancelled the service since January 18.

Board staff conducted spot checks on the meals yesterday, and did not find anything of concern. A board dietitian was also conducting an audit.

A Compass spokeswoman said planned meetings were brought forward to today because of the concerns.

"We are discussing the results of feedback from this and other monitoring systems and will agree with SDHB any further steps to address areas of genuine concern,'' the spokeswoman said.

The trucking of the meals began in Dunedin on January 18, and a week earlier in Invercargill. They are made in Auckland and Tauranga.

The health board decided to outsource the service despite a public outcry over job losses, environmental concerns, and the downgrading of Dunedin Hospital's kitchen.

The scheme was devised by the defunct Government-owned entity Health Benefits Ltd as a national food model, but only six boards have signed up, with some rejecting it, and others not progressing the business case.