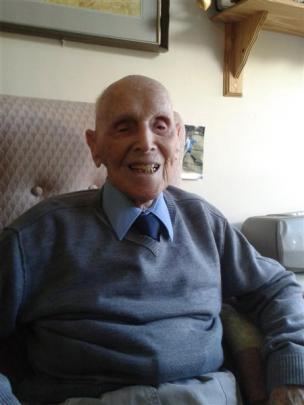 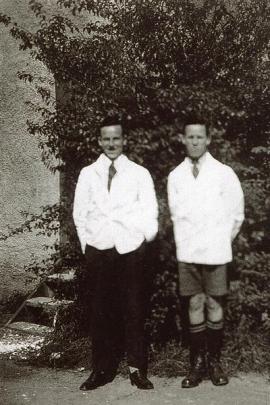 Ian Chirnside is one of New Zealand's oldest men and thought to be both the oldest surviving University of Otago graduate and earliest surviving staff member. Tertiary education reporter Vaughan Elder takes a look at some of changes Mr Chirnside has seen.

When 106-year-old Ian Chirnside started working for Otago University's dental school in 1922, the British Empire was at its peak, radio was in its infancy and William Massey was Prime Minister.

Mr Chirnside, who now lives in Upper Hutt, started at the school as a lowly technical assistant, or ''boy'', aged 14, and worked his way up to associate professor.

In April, Mr Chirnside spoke to historian Dr Ali Clarke, who is writing a history of the university before its 150th anniversary, and she provided a copy of the interview recording to the Otago Daily Times.

In the interview, Mr Chirnside recalled everything from the high jinks he and other students were involved in, to the arrival of the fast-cutting drill, which helped revolutionise dentistry.

A common theme from the interview was his love of the dental school, which he thought of as a ''big family''.

''It was part of me by then. I wouldn't have chosen anything else because I didn't have anything else to choose,'' he said of his decision to return to the school as a lecturer in 1945, after a stint of military service with the Dental Corps in the Pacific.

His duties when he started at the dental school in 1922 included being a messenger boy for its first dean, Prof Henry Percy Pickerill, also a renowned plastic surgeon.

''Very often we were sent to Ravensbourne, that's where he lived at the time, to get something he had forgotten,'' Mr Chirnside said.

He remembered one occasion in particular, when he was sent to Ravensbourne because Prof Pickerill had forgotten to bring a tie for a formal dinner where he was to be a guest of honour.

In 1923 he lost his Box Brownie camera in a ''very dramatic'' Leith flood, which undermined one corner of the university's first dental school, which is now the staff club.

''It was right up to the level, you couldn't see the street.''

He also recalled how, despite not having a secondary school education, he moved up the ranks.

In order to become a student he had to get matriculation (university entrance) and he, along with his brother Alan who also worked at the dental school, went to King Edward Technical School while continuing to work.

''We used to have to run home from Castle St, where the school was ... up to Maori Hill ... run back after we'd had tea, down to King Edward Technical and we got growled at for being late.''

Students of his day did not shy away from the odd prank, especially during capping.

In one capping procession he drove a horse-drawn buggy - borrowing a horse from his father, who drove horses for a living, and another from a grocer - only to get it caught in the tram tracks on George St.

He and another dental student dressed up as ''hayseeds'' - country bumpkins - for the occasion.

He gave his opinion on the deans of his day, including the Australian Sir John Patrick Walsh - dean from 1946 to 1971, whom he called a ''hard worker'' and a ''livewire and a wild one'' - and dished some almost 70-year-old gossip on the previous dean, Prof Robert Bevan Dodds.

''He got sacked. He applied for an increase in salary or he'd leave; they said 'you leave'.''

In his time at the school he worked in three different dental school buildings, including the Walsh Building, which the university is about to spend more than $50 million renovating and adding to.

''It amazes me that the Government would finance three schools in such a short period,'' he said of the decision to build the Walsh Building, which opened in 1961.