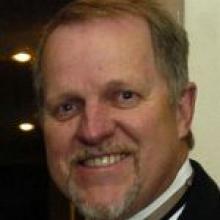 Kerry Hand
A new Dunedin mental health housing facility is "far too big with too many people" and is a service downgrade, a mental health agency manager says.

This week, mental health clients from three sites would start to move to 22 refurbished units in the 41-unit former Dunedin City Council facility bought by a sister trust of Pact.

The remaining 19 units would be occupied by DCC-era tenants, and people requiring short-term housing.

While praising the refurbishment of the units, Mr Hand said Pact's role appeared to have changed from providing supportive rehabilitation to that of "landlord".

He doubted the support needed for clients to get back on their feet, which Pact has said will increase, would be adequate.

Over the past few years one-on-one time with clients had reduced significantly, he said.

"It is well funded as a support service and the low staff level [is] a downgrade in that respect.

You can't give support without supplying staff time to do that work".

He believed the service was generously funded and did not need to skimp on staff.

The facility was too big and occupants risked becoming "inward looking".

Pact chief executive Louise Carr rejected Mr Hand's concerns, saying there was a good level of staffing, which was comparable or better than that which clients had in their old homes.

Reorganising staff increased the focus on rehabilitation, which amalgamating residences to one site made possible.

Pact had over-delivered its contract previously in providing night carers, and this would be phased out.