Ministry claimed it had 'value for money' 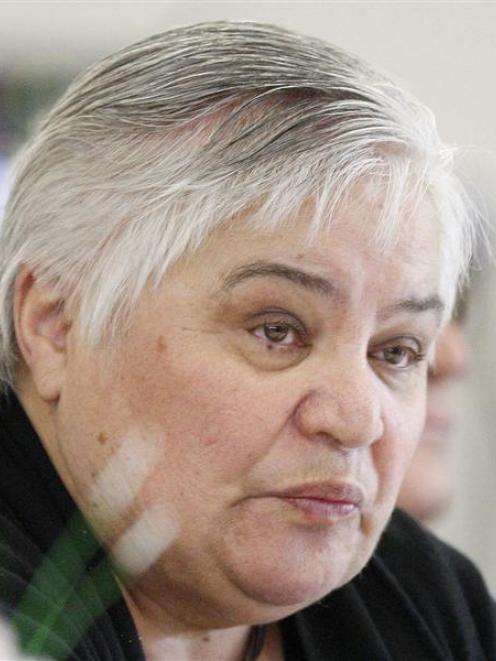 Tariana Turia
The Maori development ministry, Te Puni Kokiri (TPK), claimed it was getting ''value for money'' through its Whanau Ora funding of a Dunedin trust, which was later found to have been used by gang members to buy cannabis.

This week, Whanau Ora Minister Tariana Turia released documents under the Official Information Act concerning the We Against Violence Trust.

At the centre of that trust were four Dunedin-based members of the Mongrel Mob Notorious gang, who have appeared before the Dunedin District Court in connection with using $20,000 of Whanau Ora money to buy cannabis.

One of those men, Korrey Teeati Cook (36), was sentenced to four years' imprisonment late last year.

In the September 2011 Kokiri magazine - published by TPK and mentioned in the released documents - Cook was interviewed about the impact of Whanau Ora.

''The whanau are realising that they deserve better, and they can have something better by making changes. It's whanau first and our role is to guide, provide and protect. You can't do that if you are running around playing up, in jail or on the benefit. This is big stuff for us. If we can make this happen ... wow.''

''Te Puni Kokiri believes that it has received value for money for the $45,000 contract,'' he concluded.

The initial review was followed by a contract review of the trust, and a wider review of projects and investments undertaken by TPK.

Under the heading ''We Against Violence Charitable Trust - Lessons Learnt'', another report notes ''meetings reported to have been held by the trustees with whanau or trustee meetings had in some cases not occurred. Reports as required by the contract with TPK and submitted to TPK had been falsified.''

Invoices, receipts, trust meeting notes and other reports were falsified, the report notes.

Mrs Turia said she was ''tremendously disappointed'' when learning of the allegations concerning the trustees.

She had earlier told the ODT that she would be surprised if the money allocated through the Government had been misappropriated because TPK and Whanau Ora had strict eligibility and reporting criteria.

In a statement released to the paper this week, the minister said, ''TPK has advised me that, in hindsight, its own contract monitoring of the We Against Violence Trust could have been sharper but that no reasonable monitoring process could have detected the improprieties carried out by the trust.''

On the basis of that advice, she stood by her earlier statement that ''this was indeed an isolated incident''.

Phone calls intercepted by police reveal the ruse could have been used as a model for gang chapters nationwide.

Intercepted calls included Cook saying the Dunedin chapter of the gang was seen as a model by other chapters on how to source Whanau Ora funding.

Other calls intercepted revealed that he was being mentored through the funding process by senior gang members elsewhere in the country, and was also mentoring another local gang on how to obtain funding.

Cook hoped to secure $115,000 in funding in a year, and said the Whanau Ora grants had ''worked well for us down here''.

Asked for her response to allegations the Dunedin case may have been used as a model, Mrs Turia reiterated that the incident was an isolated case and she had no further comment to make.