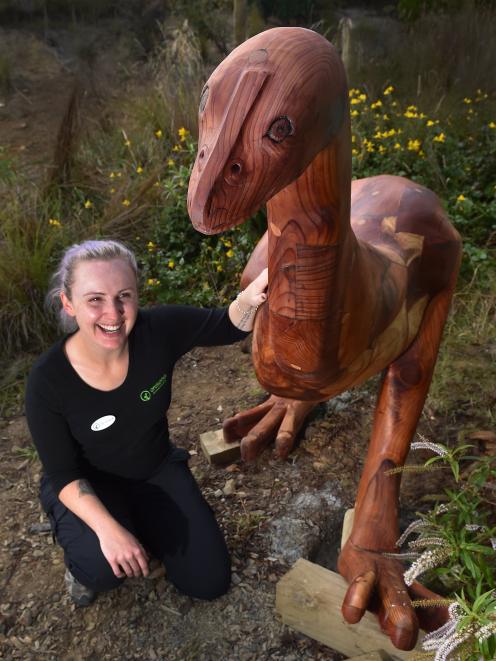 After a 500-year absence, a moa has returned to Orokonui Valley, near Dunedin.

The 1.5-metre redwood sculpture is by Rudie Verhoef, of Waitati.

The bird was a cross between the stout-legged moa and bush moa that roamed the site more than 500 years ago, he said.

Verhoef said the 150kg bird took about 200 hours to make.

"I refer to myself as a moa constructor these days,'' Mr Verhoef joked.

Redwood for the sculpture was sourced from Warrington and Burnside.

The sculpture, named Hinemoa, would feature in a nature play area being built near the ecosanctuary's visitor centre.

It was hoped the playground would be finished by the next school holidays, she said.