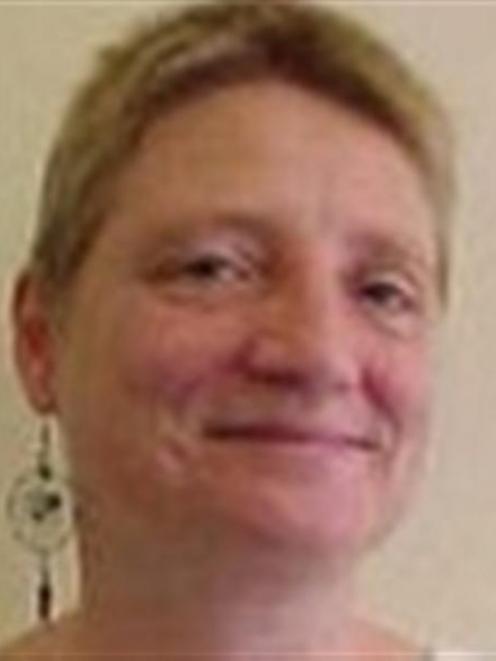 Susanne Rasmussen.
A former AgResearch principal scientist, who resigned over its restructuring plan, says morale is bad and there is a general sense among staff at the organisation of ''being very scared''.

When contacted in Palmerston North yesterday, where she previously worked at AgResearch's Grasslands campus, Dr Susanne Rasmussen said she was preparing to move back to Germany.

''I need some time to rethink my life, basically, because I'm very gutted. It's just a terrible situation,'' she said.

Dr Rasmussen painted a bleak picture of morale at the Crown research institute as its board and management pushes ahead with its Future Footprint plan.

The restructuring has attracted considerable opposition in the South with its plan to slash jobs at Invermay.

''No-ones dares to speak up, dares to say a word of criticism or utter a different opinion ... Management has a lot of power,'' she said.

AgResearch was approached to comment on the points raised by Dr Rasmussen.

A spokesman said AgResearch did not comment on the decisions or motivations of existing or former staff members but wished her well for her future endeavours.

Dr Rasmussen, who has been described as a world leader in metabolomics, worked at AgResearch for 13 years.

She was appointed a principal scientist in 2010, the highest level a scientist could reach at AgResearch, and has published more than 50 papers.

Dr Rasmussen said the decision to split the metabolomics team and relocate parts of it to Lincoln, leaving her at Grasslands, was her main reason for leaving.

She believed the decision ''made no sense'' and had the potential to ''effectively destroy'' AgResearch's metabolomics capability.

Despite a large number of submissions to the change management team and a recommendation to the executive and leadership teams to leave the team intact and on the Grasslands campus, the decision was maintained, she said.

The team had lost three of its members because of the planned relocation and there was a possibility no-one would be left to relocate, she said.

In a parting email to AgResearch staff and to chairman Sam Robinson, she asked the executive and leadership teams and the board to revoke their decision.

She was concerned about the ''almost complete lack of transparency'' around executive and leadership teams' decisions.

It was unacceptable that decisions were made about the future of scientific teams without involving the scientists affected, she said.

As a leading scientist, she had ''never felt as powerless'' and with no means to influence decisions as in the past three years.

Dr Rasmussen acknowledged those three years had been very hard and she felt ''very sad it has come to this stage''.

She had accepted a part-time position at Massey University as professor in grasslands technology, which would enable her to return to New Zealand annually.

She said she had always been outspoken and loyal to AgResearch ''but not necessarily to the management''.

She believed morale was at the lowest point of her time at the organisation and staff had been told they could not to speak to the media.

They were scared to be critical because distribution of funding was directed by the executive team, in consultation with the leadership team, she said.

Anyone critical of management could be ''very, very sure'' no core money would ''be going in the direction of that person''.

''That's my personal experience,'' she said.

Dr Rasmussen said she was ''baffled'' about some of the Future Footprint decisions.

She suggested the $100 million AgResearch planned to spend upgrading its facilities - of which more than half would be spent at Lincoln - would be better spent on improving the status quo.

The cost of the Future Footprint process, which also included hiring five additional managers, was ''amazing'', she said.