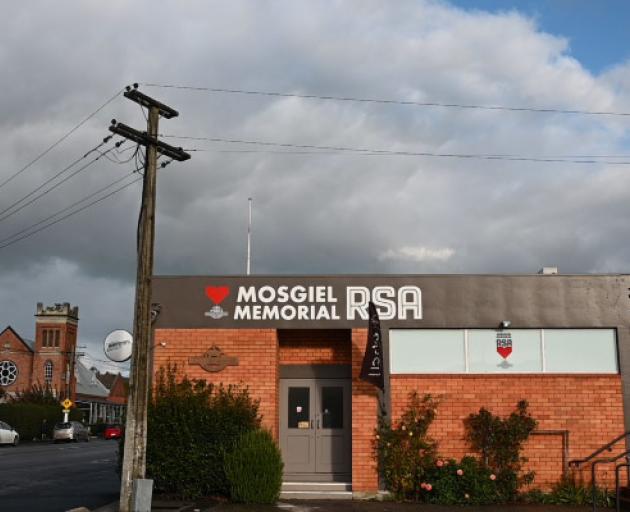 A special general meeting will be held next Sunday at the RSA's clubrooms in Mosgiel discuss what interest its two properties at Nos3 and 6 Church St had attracted since being put out for tender.

At its annual meeting in June, the RSA proposed selling its main building, including clubrooms and restaurant, at 6 Church St and extending the building across the road at 3 Church St, on property used by the RSA bowling club, to accommodate the down-sized club.

But last month it was decided to also put the bowling club on the market.

Tenders for both properties close early next week.

Mosgiel Memorial RSA chairman Major Peter Amyes said, as had been expected, there had been some interest in the properties, but at this stage the details of the submitted tenders were not known.

"What those will turn into in terms of tenders we will have no idea until the real estate agent opens those tender boxes next week."

Once the details were known, the members who attended the meeting next week would be able to make a decision on what direction the RSA took, Maj Amyes said.

Until a decision was made the organisation was "very much in a holding pattern", he said.

In late April, the RSA announced
it would close its Church St clubrooms because it had gone from a $14,000 surplus to a deficit of more than $100,000 over the course of two years.

The reversal in fortunes was blamed on a lack of patronage, higher operating costs and tougher trading conditions at its bar and restaurant.

All operations, including that of its bowling club, ceased until it could scrape together enough money to continue.

On social media, a group called the Mosgiel Memorial RSA rearguard action has encouraged all members interested in the future of the association to attend the meeting.

The group said it was getting closer to its goal of reopening, but it all depended on how members voted at the meeting next week.