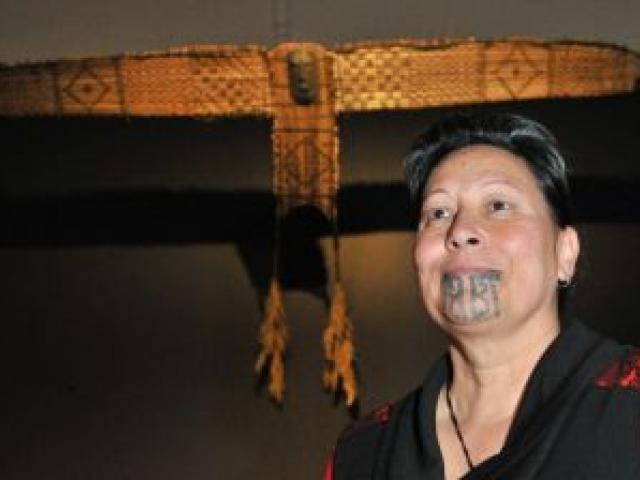 ''Wow. It's very impressive,'' was the reaction of Itay Gul (30), an Israeli tourist who visited the museum yesterday.

The suspended ''manu tukutuku'' was installed as part of a Ngai Tahu exhibition during Waitangi weekend.

The kite was made by Ewan Duff and his daughter, Jennifer Duff, with help from the public.

She said visitors had been responding positively to the kite.

It was made from toetoe flower stalks, cabbage tree leaves and harakeke (flax) woven on to a vine frame.

Patterns on the kite represent Matariki (Pleiades), the star constellation that heralds the Maori New Year; poutama, the stairway to heaven, which symbolises a pathway to education or higher realms; and patiki, a diamond shape representing the flounder.

Kites were traditionally used for purposes including divination and communication, museum organisers said.

The museum will be offering a kite-making workshop during the April school holidays.